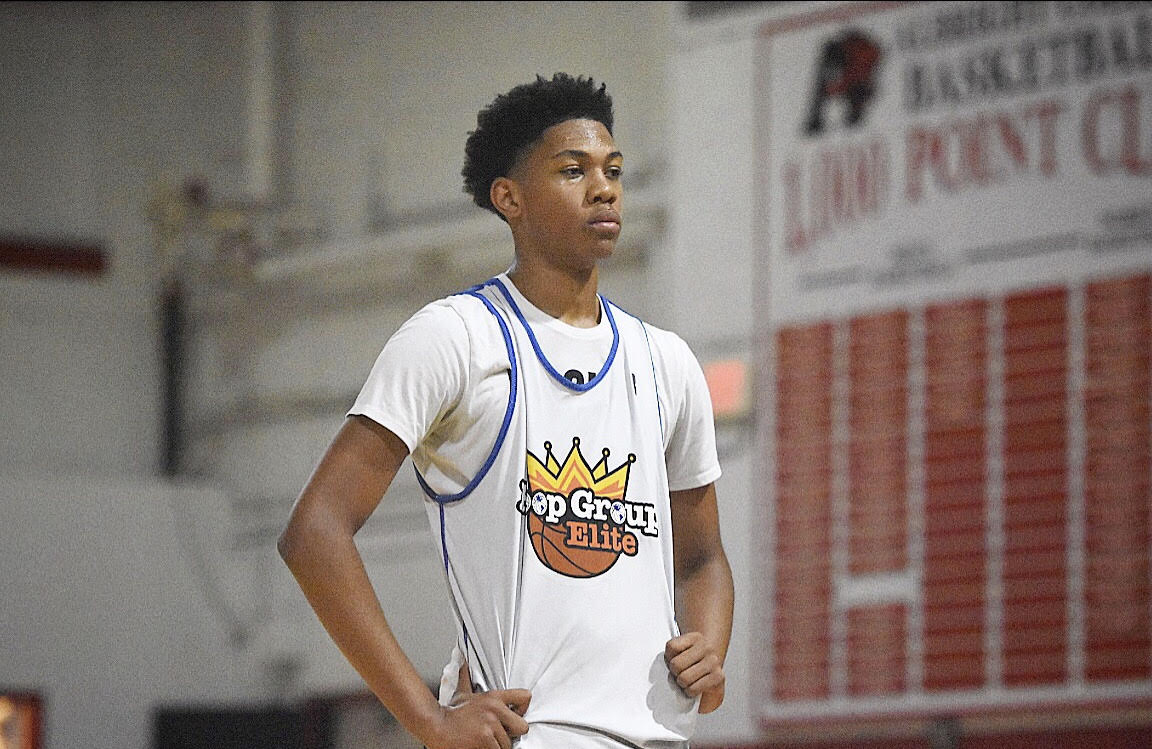 By ADAM ZAGORIA Che Evans, the Class of 2020 forward from Neumann Goretti (PA) and Team Melo, will announce his college choice at about 4 p.m. on Sept. 12 at his high school, as previously reported on ZAGSBLOG. Evans is down to San Diego State and Boise State. He has visited both schools and will have a home visit with Boise State on Sept. 9 and with San Diego State Sept. 10. “I will make my decision at my high school around 5p.m. on the 12th with my family and coaches present,” he said. “What I’m looking for in each program is the opportunity to improve overall as , and be in a situation where I can contribute to winning as a freshman,” he added. “My ultimate goal is to win and also become a pro, so I’m looking at development. “ As for San Diego State, he enjoyed his visit and bonded with head coach Brian Dutcher and his staff. “The San Diego State official was great,” he said. “I think Head Coach Dutch became fully sold on me from that visit. Assistant Coach [Chris] Acker has recruited me last two years without missing an AAU game, but I had to make sure Coach Dutch had the same vision before really considering them “After sitting down with San Diego State, I realized they are also losing [several] seniors or 5th-year players and as long as I’m ready to compete, there are major minutes available as a freshmn. They run 4- out [system], play in space and the guards have the freedom to make plays. Bigs have the option to randomly ball screen, roll or pop. They know I’m a natural scorer, but I think they can help me improve defensively as well.” Boise State is also attractive. “With Boise, they didn’t win as much as San Diego State last year and they lose five seniors, four of whom were starters,” he said. “I have consider that being I want to play and impact. Coach [Leon] Rice told out I’m stronger than Chandler Hutchinson at this stage of his career, and they see me as a big-time scorer Mountain West Conference. Coach [R-Jay] Barsh who replaced Coach [Chris] Acker calls every day, and he has a strong resume in terms of just like Coach Acker who left for San Diego State. Evans wants to be a pro but has no fixed timetable on when he wants to leave college.
,
“I’m not in a rush to be a pro, so if I need two or three years I’m patient. I don’t see me doing four years if I’m doing what’s asked, we are winning and I’m making an impact. Two years of college, three years tops, so I have to make sure I can help win games regardless of where I commit on the 12th. Winning matters but you can’t get better if you aren’t getting minutes or game experience. “

He added: “What I love in each situation is I have a chance to be a difference-maker. I watch a lot of college Che Sr., my dad, and Godfather Dwayne Wise on the AAU side. I watched a lot of high who are highly sit on the bench going into a crowded situation or simply hard enough. “But I have my dad and Godfather pushing me daily to stay humble and work my butt off.” He also feels his skillset is “suited for the West Coast.” “I have the East Coast toughness but my skill is suited for the West Coast,” he said. Follow Adam Zagoria on Twitter And like ZAGS on Facebook