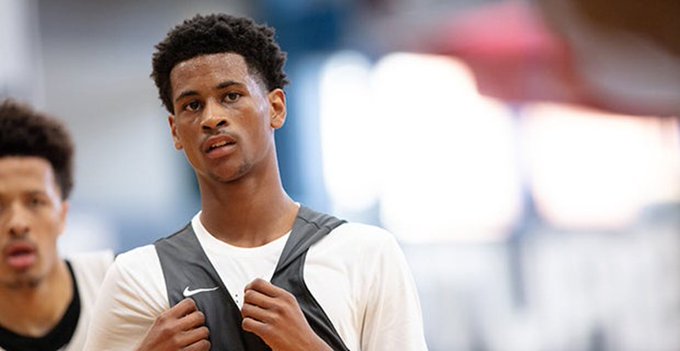 By: RYAN McMULLEN Darius Maddox, the 6-foot-4 guard from Oak Hill Academy (VA) and Team Durant AAU, announced his commitment to Virginia Tech on Friday. He picked the Hokies over Kansas State and Seton Hall. “Darius can shoot the ball off the catch, off the bounce, and has three-point range,” Oak Hill coach Steve Smith said. “He fits perfectly in Coach Young’s style of play at Virginia Tech. He is long and can be a great defender as well.” This year on the Nike EYBL Circuit, Maddox averaged 16.2 points and 3.1 rebounds in 18 games played. According to 247Sports, Maddox is a four-star prospect, ranked No. 75 nationally, and is the No. 15 shooting guard. Maddox will team up with fellow four-star guard in Joe Bamisile. Follow Ryan on Twitter Follow Adam Zagoria on Twitter And like ZAGS on Facebook