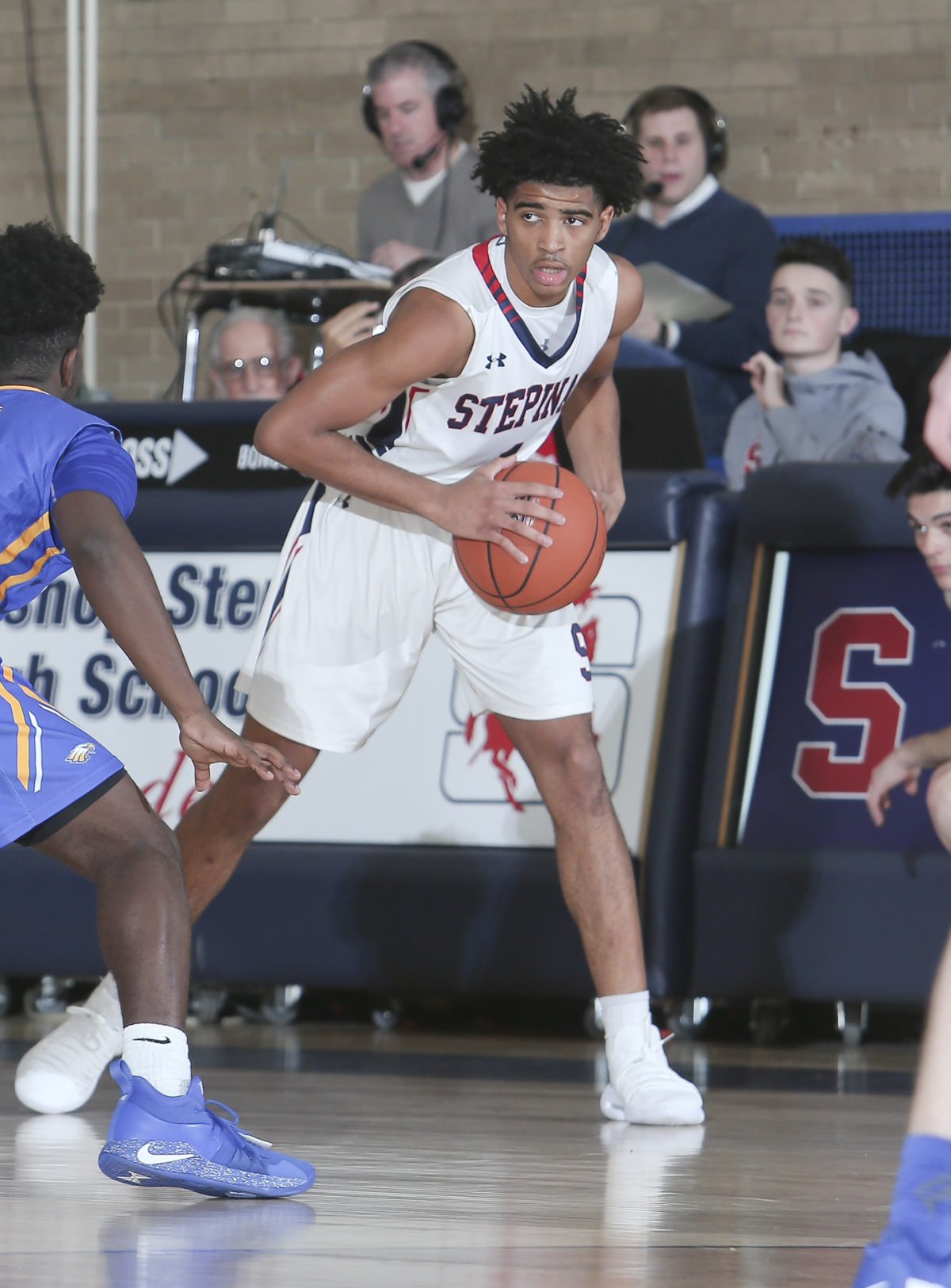 By ADAM ZAGORIA NORTH AUGUSTA, S.C. — R.J. Davis continues to see his recruitment take off as he cements himself among the top point guards in the Class of 2020. The 6-foot floor general for the NY Rens and Archbishop Stepinac (N.Y.) went for 35 points, 10 rebounds, 4 assists and 2 steals in a win over Expressions Elite on Thursday at Peach Jam. North Carolina, Kentucky, Duke, Villanova, UCLA, Pittsburgh, Indiana, Marquette, Georgetown, Texas, UConn, Seton Hall, Cal Nebraska were among those on hand. Kansas, Texas and Cal are among his recent offers, In a recent interview with ZAGSBLOG, he broke down several of his top suitors, including Marquette, Indiana, Georgetown, Pitt and UCLA. “Once Peach Jam is over, then I’ll start to narrow things down with my family and see what schools to visit and what not,” he said after his tour de force performance. As for North Carolina, he’s been in touch with Hubert Davis, who watched R.J. at the recent New York Catholic League event at Archbishop Molloy. “He just wants to build a relationship with me and hopefully get more comfortable,” he said. “It feels amazing to know that my hard work is paying off, that schools are starting to pick up interest in me,” he added. “So it’s an amazing feeling to play out here at a competitive, high level.” Davis has taken just one official visit to Georgetown last month. He plans to take more visits in the late summer and early and has no timetable on a commitment. “I have no idea,” he said. “I’m still thinking about it.” Before focusing on recruiting, he wants to show out at Peach Jam. “I still have more to prove,” he said. “It’s just one game. We still have to worry about tonight’s game.” Follow Adam Zagoria on Twitter And Like ZAGS on Facebook