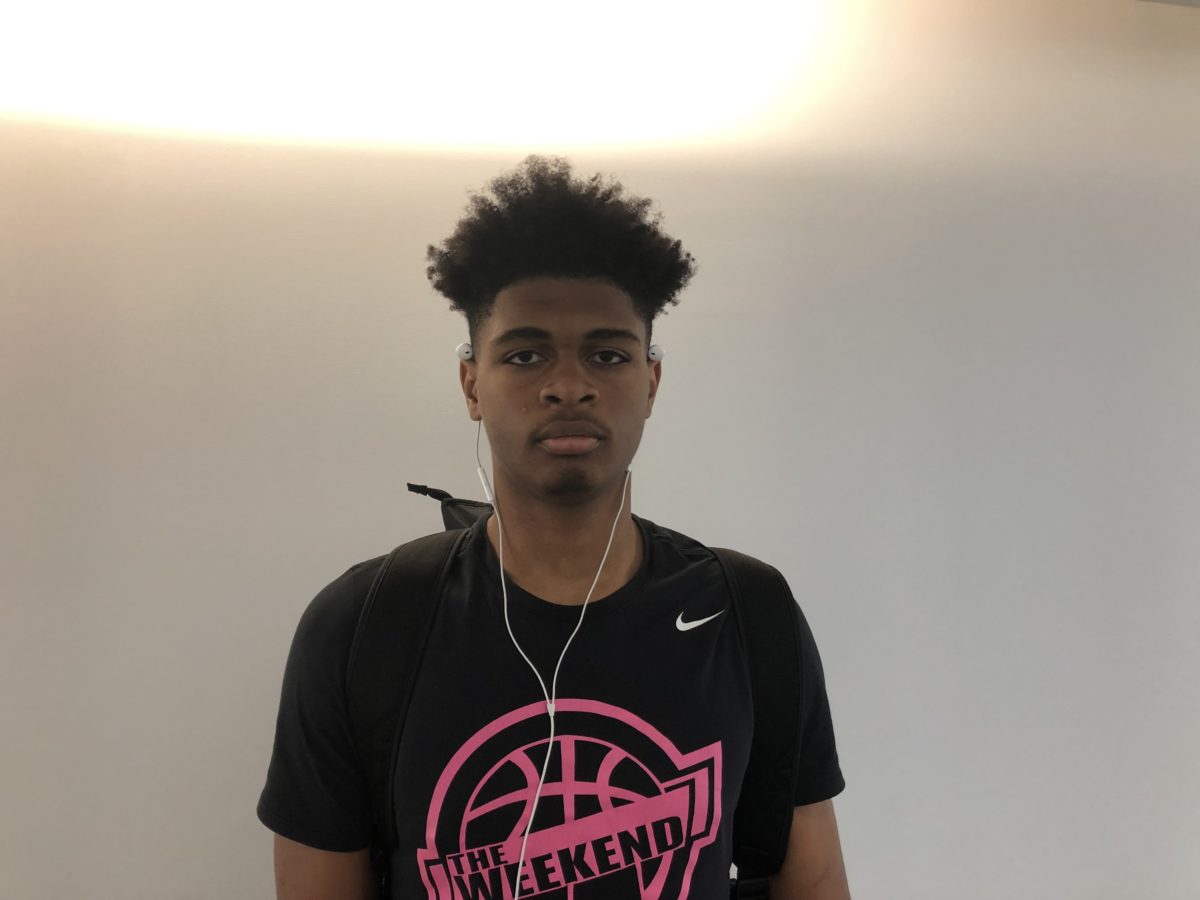 By ADAM ZAGORIA BLAIRSTOWN, N.J. — Elijah Hutchins-Everett, the 6-foot-10 big man from the Miller School (VA), is strongly considering reclassifying to the Class of 2021 from 2020, he told ZAGSBLOG. Hutchins-Everett is currently in the Class of but has transferred to the Miller School from Montclair (N.J.) Immaculate Conception and may move to 2021. “I might reclass to the Class of 2021 but f I have a good season this year, I’ll stay the Class of 2020 and I’ll go straight to college,” he said Saturday at Blair Academy where his team was competing in the Mid-Atlantic Independent Schools Shootout. He was officially listed as being in 2021 on the roster given to coaches. He said several schools are recruiting him hard at this point, including Marquette, Pittsburgh, Seton Hall Indiana. He holds offers from Seton Hall, Rutgers, Syracuse, Penn State and Minnesota, among others. He broke down several of them. Seton Hall: “They want me to come in as the replacement for their big, [Angel] Delgado. They want me to come in and be a big part of their team off the bat.” Marquette: “They’re a great group of guys, they share the ball. I know that they do all guard work, but I know they’re also looking for a big that they can spread the floor around.” Indiana: “Same way, they’re looking for a big that can help spread the floor and rebound.” Pitt: “They want me to come in and be their guy and come in and be hard-working non-stop. They want a player who can go out there and play, not just for scoring and all that.” Hutchins-Everett has no timetable on cutting down his list or taking visits. “Elijah has great potential to be a highly productive big man when his body and mind are in optimal condition,” Miller School coach Danny Manuel said. “He is excited to get to work, which is very encouraging” Follow Adam Zagoria on Twitter And Like ZAGS on Facebook