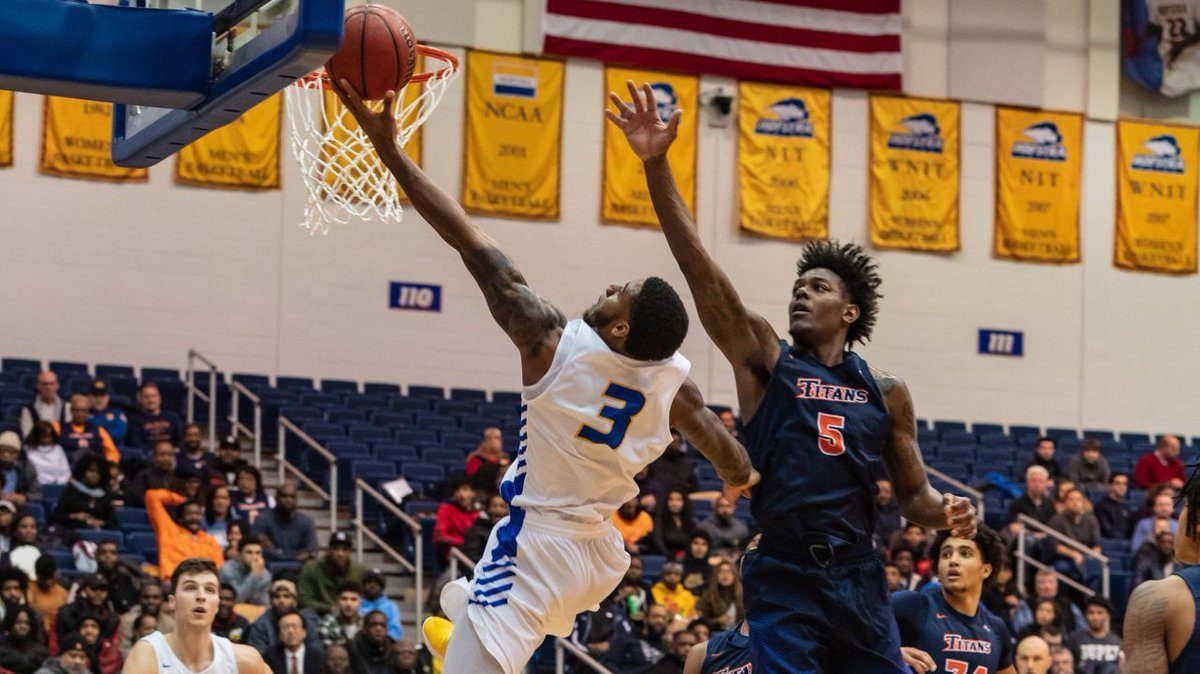 By ADAM ZAGORIA Hofstra’s Justin Wright-Foreman heard his name called during the NBA Draft, but a slew of other New York and New Jersey products did not and will now turn to free agency and Two-Way Contracts. The 6-foot-2 Foreman, a Queens native, was chosen at No. 53 by the Utah Jazz. He averaged 27.1 points and 4.0 rebounds for a Hofstra team that won 16 straight games this past season before losing in the Colonial Athletic Association championship game to Northeastern. the 12th player in Hofstra history to be taken in the NBA Draft and the first since Charles Jenkins was drafted 44th by the Golden State Warriors in 2011.

Wright-Foreman finished second nationally in scoring this season with 27.1 points per game. He closed his career with 2,327 points and all-time at Hofstra behind Jenkins (2,513). his career by scoring in double 88 consecutive games, the seventh-longest streak in the history of NCAA Division I. He also ranks second all-time in program history with 277 three-pointers.  “He is a smooth lefty, he had 38 against William and Mary,” ESPN’s Jay Bilas said on air. “He shot 47 percent off the dribble, that’s the 97th percentile. “He’s got every kind of move you want, stepbacks, fadeaways and he’s got end-to-end speed in transition. This dude can absolutely score. And his athleticism will hold up in the NBA. He just needs to be a better defender but 27 points a game. That’s second in the NCAA behind Chris Clemons of Campbell.” While Wright-Foreman was selected, St. John’s guard Shamorie Ponds, LSU big man Naz Reid, Oregon wing Lou King and Brewster (N.H.) Academy guard Jalen Lecque all went undrafted. All four were projected in the 40s by ESPN draft guru Jonathan Givony. Tyus Battle, the 6-foot-6 Edison, N.J. native who played at Syracuse, also went undrafted although he was not projected to be selected, per ESPN. The 6-foot Ponds most recently worked out for Houston and Philadelphia, and admitted he was a bit anxious heading into the Draft. “I’m definitely excited,” Ponds said earlier this week. “This is something I dreamed of for my whole life but it’s definitely nervewracking, too, a little bit. A lot of emotions going on.” The 6-10 Reid was bidding to become the first player out of Roselle (N.J.) Catholic High School to get drafted,. Instead, he has agreed to a Two-Way Contract with the Minnesota Timberwolves, sources confirmed after it was first reported by Shams Charania of The Athletic. He could make mid-six-figures on the deal.

Naz Reid could make mid-six figures on this deal with the Wolves, per sources. Better than going G League or getting taken in the 2nd round. https://t.co/1GuovYwSE3

“There is no doubt in my mind that he is as good a fit for the way the NBA plays now as any guy his size in the draft,” Roselle Catholic head coach Dave Boff told USA TODAY NETWORK New Jersey. “He’ll get to a Summer League, get to a training camp, and I think then he can show people how special a player he is. When you’re talking about a guy, 6-11, who can shoot it, who can handle it, play defense, rebound, pick-and-pop options with him, I think he is being undervalued right now. “He’ll show everybody what he can do.” The 6-8 King tore his ACL at Hudson Catholic and then did not play at Oregon until December. He then averaged 13.5 points and 5.5 rebounds in 28 games. The 6-4 Lecque, who grew up in The Bronx and Teaneck, N.J., was attempting to go preps-to-pros. Now he’s agreed to a four-year, undrafted free-agent deal with the Phoenix Suns, with two years guaranteed, according to Charania of The Athletic. Meantime, former St. John’s guard Justin Simon, the Big East Defensive Player of the Year, will play Summer League with the Chicago Bulls, his agent told ZAGSBLOG. Follow Adam Zagoria on Twitter And Like ZAGS on Facebook

The latest on Zion, Ja and R.J. from NBA Draft Media Day