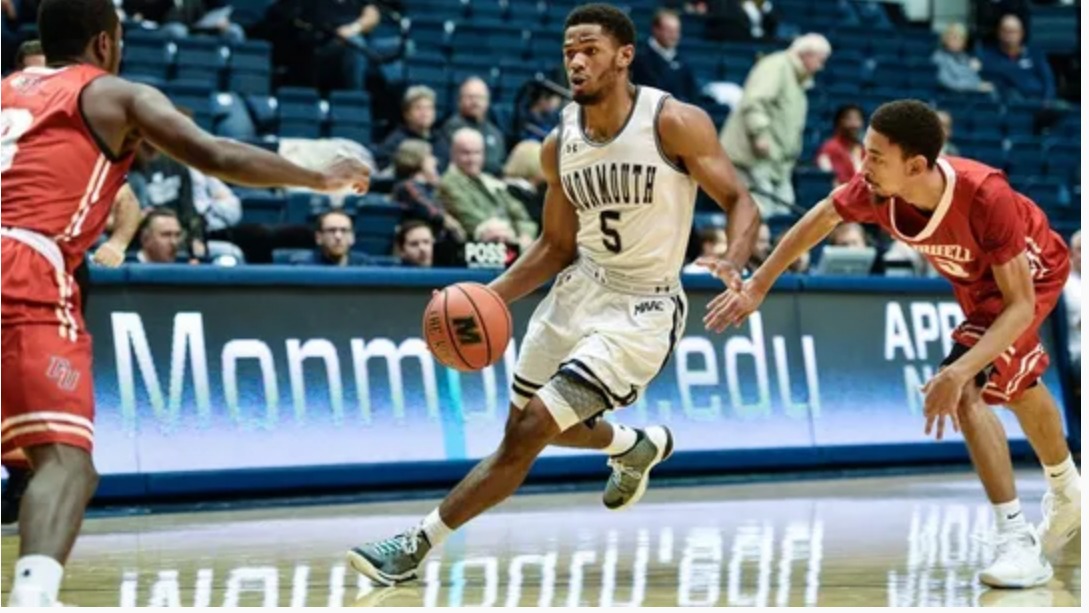 By ADAM ZAGORIA St. John’s officially announced the signing of 6-foot-3, 185-pound Monmouth grad transfer Nick Rutherford, who committed June 18. He should provide leadership at the point guard position for a St. John’s team that lost Shamorie Ponds to the NBA Draft and brings in high school prospect John McGriff. “ exactly the type of player we look for in a point guard and will benefit our program,” said head coach Mike Anderson.  “He’s tough, relentless on the defensive end of the ball and uncanny ability to create offensively for himself and .  His experience will undoubtedly benefit our young core of guards, who will learn from Nick’s example every day in practice.”  up last season for Monmouth, playing all 35 games and making 15 starts for a Hawks squad that reached game of the MAAC Tournament.  He averaged 5.3 points, 4.6 rebounds, 2.3 assists 1.7 steals in 24.7 minutes per game for the Hawks.  Rutherford ranked fifth in the conference in steals per game, recording a season-high five thefts twice campaign.  One of those five-steal efforts came at West Virginia game during which he also tallied nine points and seven assists.   Rutherford reached double figures three times on the season with performances coming either on the road neutral sites. “He’s a hard-playing defensive-minded player,” one MAAC head coach said. Prior to arriving at Monmouth, Rutherford started all 63 games in which he appeared at Florida Atlantic University from 2015-17. As a sophomore in 2016-17, Rutherford ranked third on the team with 9.0 points per game while leading the squad in both assists (4.3 apg) and steals (1.3 spg).  His 4.3 helpers per game ranked fifth in Conference USA while his 1.8-to-1 assist-to-turnover ratio ranked eighth and his 1.3 thefts per outing placed ninth in the league. During his rookie campaign in 2015-16, Rutherford averaged 7.2 points and 3.5 assists per game while ranking fifth in the league with 1.5 steals per contest.  Rutherford’s 49 steals were the most by an FAU player in over a decade. A native of Indianapolis, Ind., Rutheford played his high school basketball at Allen High School in Allen, Texas. Photo: Monmouth Athletics Follow Adam Zagoria on Twitter And Like ZAGS on Facebook