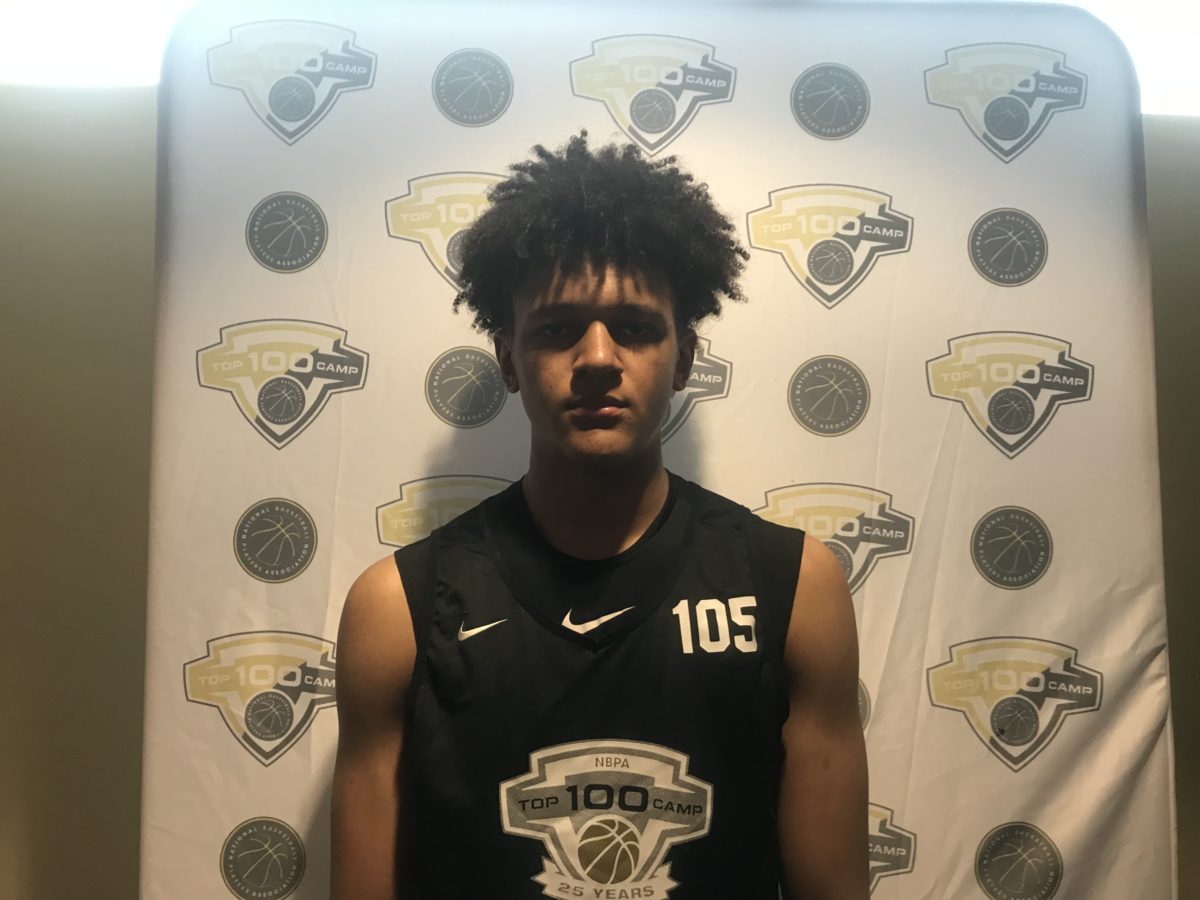 By ARI ROSENFELD CHARLOTTESVILLE, Va. — Paolo Banchero, the Class of 2021 forward from O’Dea (WA) and Seattle Rotary, cemented a standout spring on the EYBL circuit and lived up to his lofty national ranking with his performance all week at the NBPA Top 100 Camp on the campus of University of Virginia. Averaging 16 points per game, good for fourth in the camp, and over six rebounds to boot, Banchero won MVP honors at the camp and has proven himself to be one of the most skilled and versatile forwards in the country, regardless of class. He lists Anthony Davis, Ben Simmons, and Blake Griffin who he watches of and attempts to borrow from. “ stretch, do-it-all ‘4’, and I can play the ‘3’ too,” Banchero said of his unique game. “I can kind of do whatever, play on the wing or play inside, but if it was up to me I would prefer of in the midrange, 16-17 feet out, and just kind of operate from there.”

five-star rating and top-5 national status within his class has come recruitment early on, with several schools having prioritized Banchero already at this point in the process. While he said there are not a ton of schools in regular contact with him right now, he mentioned Memphis, Gonzaga, Kansas, Arizona, Washington, and Oregon State as schools that are heavily involved at this stage. He touched on the various pitches from some of those programs: Arizona- “They kind of compare me to a lot of past guys they’ve had, how they kind of breed like a stretch, hybrid ‘4’. Aaron Gordon, Derrick Williams, they kind of compare me to them.” Memphis- “The ball would be in my hands to make plays. I’m not really looking to bring it up or nothing, dominant, but when it is in my hands I’m just looking to make plays, so just giving me the opportunities to make plays for my teammates and make plays for myself.” Washington- “It’s a great program. Three of my AAU teammates are going there, Jaden [McDaniels], Marcus [Tsohonis], and RaeQuan [Battle], so it’s a great program. It’s close to home, I don’t live too far from there, so it’s definitely appealing.” Oregon State- “I went and visited Oregon State in November for an unofficial visit. I really liked Oregon State, really liked that school.” Banchero also noted interest from Kentucky, Duke, and North Carolina, all of whom plan to begin contacting him more regularly once schools can begin reaching out to rising juniors directly on June 15th. While the blue blood interest is obviously appealing, Banchero isn’t looking to change anything up in his game for the sake of adding offers from any specific programs. “I don’t really think I’ve got to do anything special for them,” he said. “If they notice me the way I’m playing, I’ve just got to keep playing the way I am. Just keep playing hard, keep playing with gratitude, and getting others involved being unselfish.” Banchero mentioned plans to get on campus at Washington in the coming months, but first on his list will come the Peach Jam finals in July, where he will look to cap off his grassroots campaign with an EYBL championship for Seattle Rotary. “We want to make a run,” he said. “We’re probably one of the underrated teams, but we want to make a run and we think we’re capable of making a run.” Follow Ari on Twitter Follow Adam Zagoria on Twitter And like ZAGS on Facebook