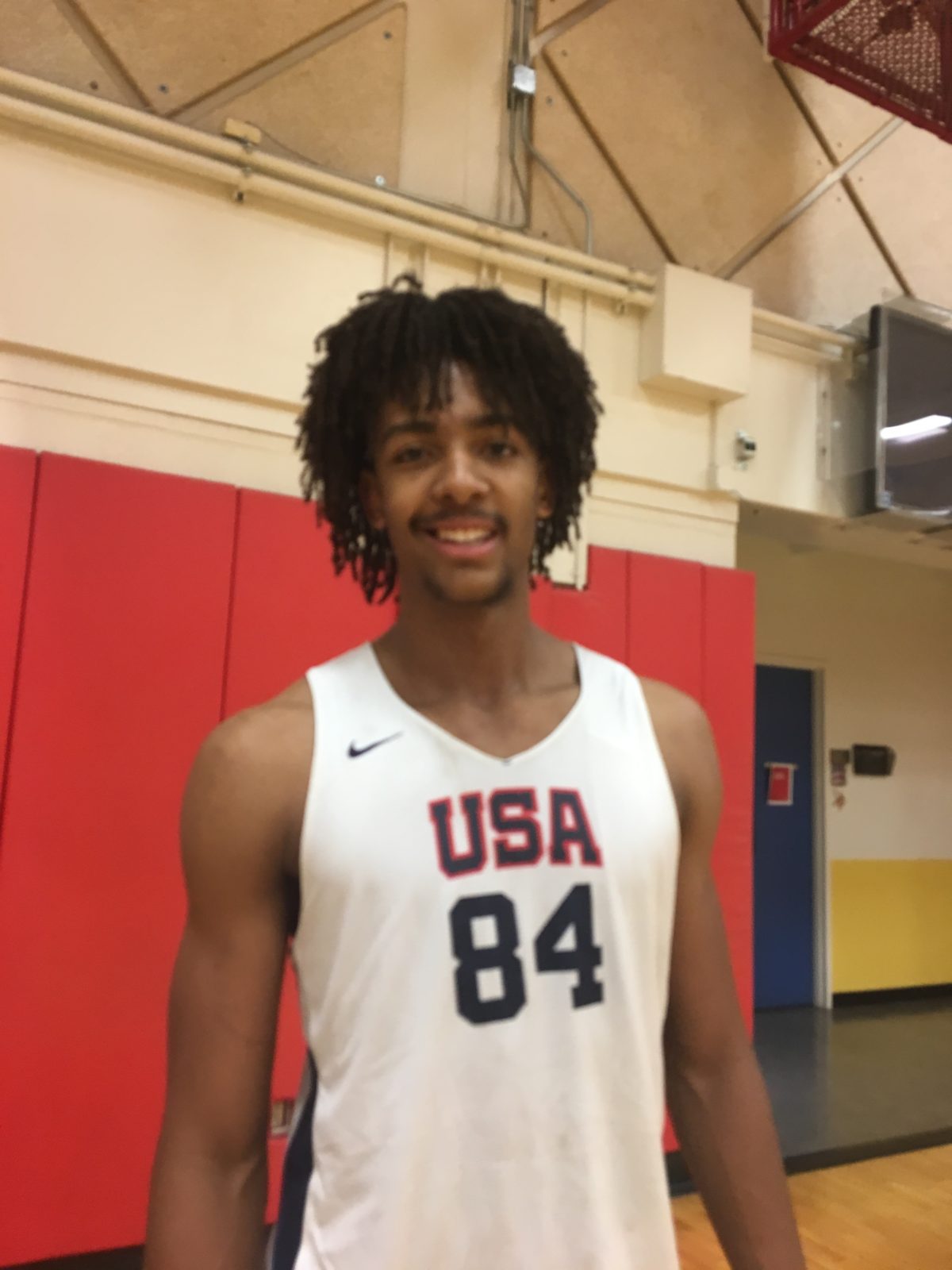 By JACOB POLACHECK COLORADO SPRINGS, Co. — Arizona commit Zeke Nnaji from Hopkins (MN) High School spoke with ZAGSBLOG Saturday at the USA U-19 Men’s Basketball Training Camp about his expectations for next season at Arizona. “The goal is obviously to win a national championship,” said Nnaji. “For myself, I want to help the team win in anyway that I can. I think that we have a great class coming in and we can do really big things.” Arizona will bring in a five-man recruiting class of Nnaji, Nico Mannion, Josh Green, Terry Armstrong Christian Koloko. They have also landed transfers Jordan Brown, Jemarl Baker Max Hazzard, who will sit out the 2019-20 season.

On Wednesday, it was reported that at least six college basketball programs will be notified of major NCAA violations by this summer. Arizona recently saw former assistant coach Book Richardson sentenced to three months in prison and two years of probation for his role in the ongoing college basketball bribery scandal. Despite the recent report, Nnaji is unconcerned about potential penalties. “Not at all,” he said. “I’ve talked with the coaches. They’ve been clear about everything. A lot that is floating around is just rumors that are trying to make us look bad. At the end of the day, I know that we’re innocent.” Nnaji impressed on Saturday during the first practice of the USA U-19 Training Camp. “I felt it was good,” he said. “I know nobody was here, but I’m still trying to take it seriously. My body was a little bit tight.” Nnaji is looking to make it onto the official, 12-member roster for the 2019 USA Basketball Men’s U19 World Cup Team, which will be selected by the USA Basketball Men’s Junior National Team Committee. “I’m just trying to show my versatility because I know that only 12 guys can make the team,” said Nnaji. “We’ve got a lot of guys here, so I’m trying to do whatever I can to show that whatever a coach needs, I can do.” Finalists for the team are expected to be announced on the morning of June 18, and the team will be named prior to its departure for the 2019 FIBA World Cup in Greece on June 24. The FIBA U19 World Cup will take place June 29-July 7 in Heraklion, Greece.
Follow Jacob on Twitter Follow Adam Zagoria on Twitter And Like ZAGS on Facebook