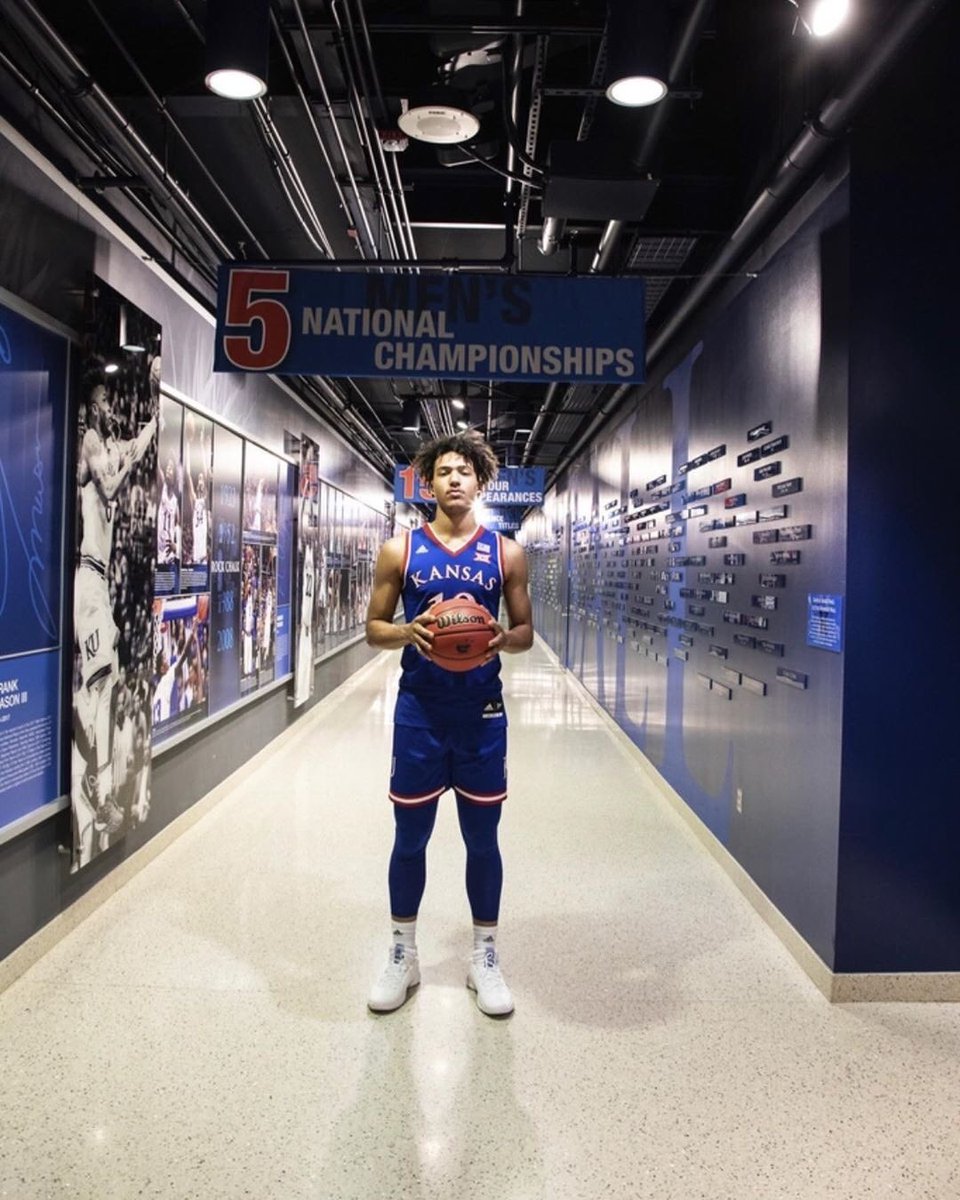 By ADAM ZAGORIA Jalen Wilson, the 6-foot-8 wing guard from Guyer (TX), committed to Kansas on Wednesday. A Michigan commit, Wilson chose the Jayhawks over Michigan and North Carolina. He visited Kansas May 30. “I’m going to KU,” Wilson told 247Sports.com. “I just picked them because I feel like there’s a really big need for me and what I can do to help the team. It’s going to be a great team and a national contender. Top to bottom of their roster it’s a really good team and I have a great relationship with the coaches and I’m excited.” Rated No. 47 in Rivals.com’s Class of 2019, Wilson played on the No. 2 team in Texas’ District 6A at John H. Guyer High School. “ excited about Jalen’s commitment to us,” Kansas coach Bill Self said. “He’s been a Kansas fan for the vast majority of his young life and is certainly a guy who is used to winning after being a part of a great high at John H. Guyer High School. He will bring great size, skill and versatility playing both as a big and a small, but more he’ll bring incredible toughness.

“We missed out on the opportunity to sign Jalen the first time he committed to Michigan,” Self said. “He’d been up here to was a guy we were very interested in but he made another decision. When Coach (John) Beilein left for the NBA and they asked for the release, that opened up the opportunity for us to try again and to get it right, even though it was the second time around.”

Wilson averaged 18.1 points, 7.5 rebounds 3.0 assists last season way to Texas Association of Basketball Coaches (TABC) Class 6A all-state and all-regional honors in 2018-19. He helped the Wildcats to a 32-5 record and a regional championship the Texas state playoffs.

A four-year varsity player at Guyer, Wilson was a part of three District 6A championship teams. He averaged 16.1 points, 6.2 rebounds and 3.3 assists as a junior in 2018, which earned TABC Class 6A all-state, all-regional and District 6A co-MVP honors. As a he averaged 16.3 points, 6.4 rebounds 2.9 assists Guyer to a 25-6 record and a trip to the Bi-District final. As a freshman, he posted 15.0 points, 6.8 rebounds and 3.1 assists per Guyer went 30-3 and advanced to the District 6A Area final.

Wilson also played on the Gauntlet AAU circuit in the spring of 2018, averaging 19.7 points, 7.1 rebounds 2.6 assists. Wilson joins point guard Isaac McBride, shooting guard Christian Braun and small forward Tristan Enaruna in Kansas’ 2019 class, now ranked No. 15 nationally by 247Sports. Kansas also picked Iowa grad transfer Isaiah Moss on Tuesday. Kansas also returns a strong core led by point guard Devon Dotson and bigs Udoka Azubuike and Silvio de Sousa to a potential Final Four team. “I believe I can shoot, defend, dribble and I think I’m a versatile player,” Wilson told 247. “With my size and ability to stretch the floor, they can play big or small ball with me. I’m an all-around guy that they need and I think it’s the best place I can play my game.” Photo: @aintnoseatspodcast Follow Adam Zagoria on Twitter And like ZAGS on Facebook