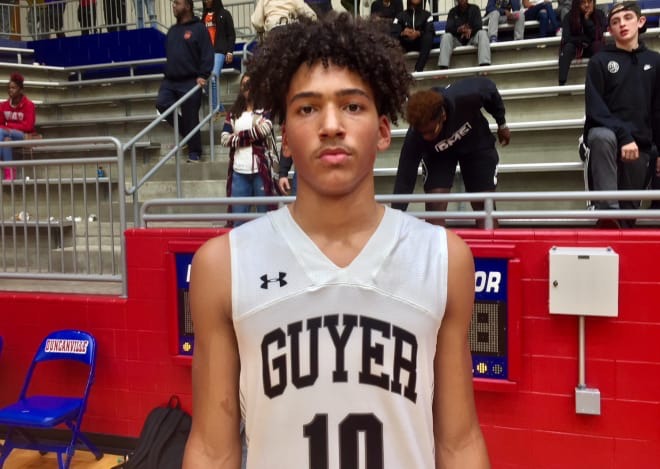 By RYAN McMULLEN Jalen Wilson, the 6-foot-8 wing guard from Guyer (TX), is announcing his decision on Wednesday at 3 P.M. Wilson will choose between Kansas, Michigan, and North Carolina. Wilson was initially signed to Michigan but after John Beilein took the job as the Cleveland Cavaliers head coach, he . Michigan has continued to pursue him under new coach JuwanHoward. Wilson recently broke down his final schools with ZAGSBLOG. Kansas: “Love the culture at school and love the city gives. The basketball program is one of kind with a great coaching staff.” Michigan: “A great program built with hard work and has very high expectations. [They have] an alumni head coach who has a lot of experience with college and professional basketball at the highest level.” UNC: “Great winning program with a coaching staff that has been together a long time and develops players well.” Since his , Wilson has taken officials visits to Kansas (May 30) and North Carolina (June 4). According to 247Sports, he is a four-star prospect, ranked No. 44 nationally, and is the No. 13 small forward. Follow Ryan on Twitter Follow Adam Zagoria on Twitter And like ZAGS on Facebook