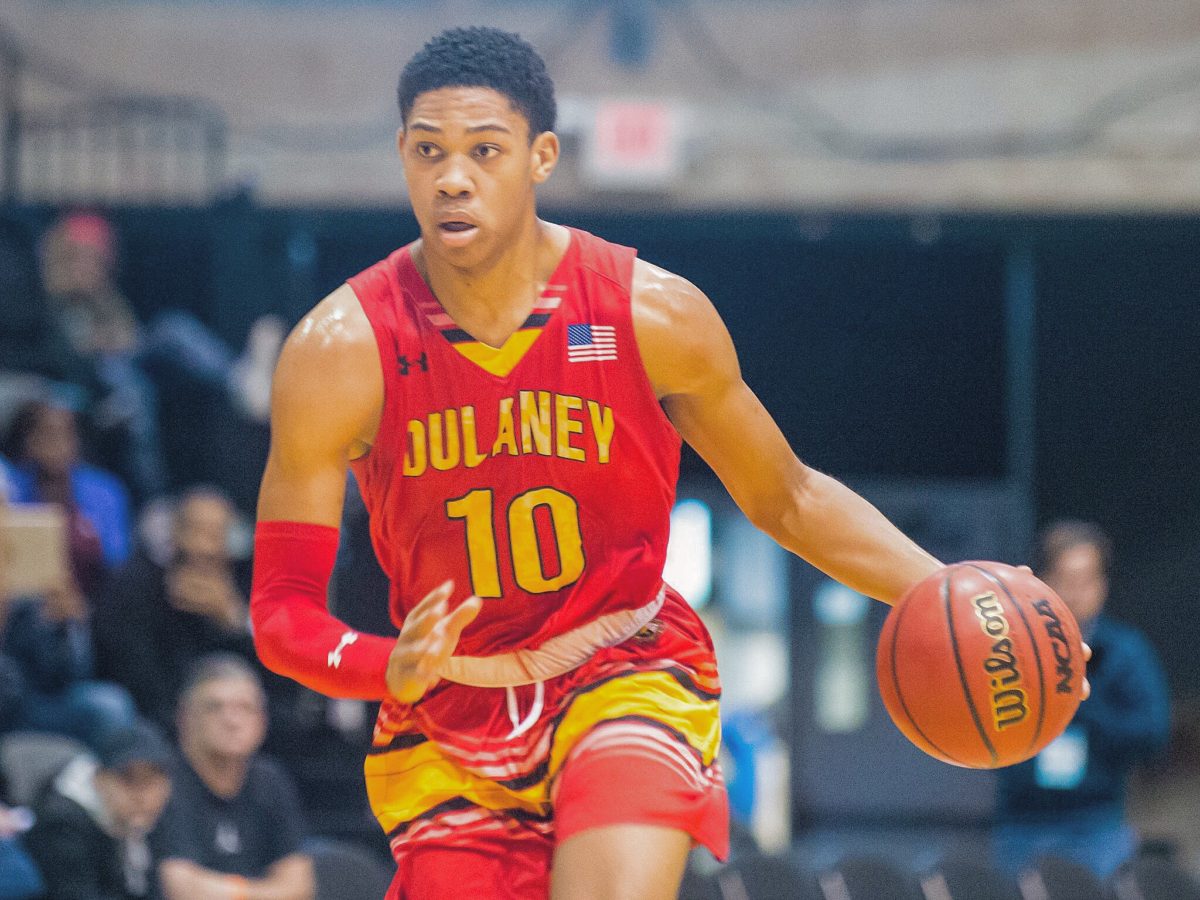 By RYAN McMULLEN Che Evans, the Class of 2020 forward from Neumann-Goretti (PA) and Team Melo, has trimmed his list to seven schools. He took the time to break down his recruitment with ZAGSBLOG. Evans is down to Arkansas, Boise State, Florida, Ohio State, San Diego State, TCU, and Texas Tech. He has taken unofficial visits to Ohio State and TCU and used an official visit to Boise State. Arkansas/San Diego State: “Both of these schools were late to the recruiting party but are very interested in me and offered scholarships immediately. The coaches see me as a priority and want me to take officials very soon. Boise State: “Really love how Coach (Leon) Rice and (Chris) Acker made me feel on my official visit. They made sure Chandler Hutchinson and I communicated and I love how they developed him into a pro.” Florida: “I love how the guards create and score it. I will visit them after high school season. Former Team Melo alum Noah Locke is starting and doing well as a freshman. He is like a big brother to me.” Ohio State: “They really impressed me on my unofficial visit. I loved the campus and the whole staff. They are targeting a few wings, but I’m competitive and would fit well in their system.” TCU: “Coach (Ryan) Miller began recruiting me as a freshman and I really liked my unofficial visit. I’m looking forward to see where they are at my position once the season ends.” Texas Tech: “Tariq Owens is from the Team Melo AAU program and Coach (Chris) Beard and the staff reach out often. I will also give them a hard look after my high school season.” According to 247Sports, Evans is a four-star prospect, ranked No. 86 nationally, and is the No. 3 player from Maryland. Follow Ryan on Twitter Follow Adam Zagoria on Twitter And like ZAGS on Facebook