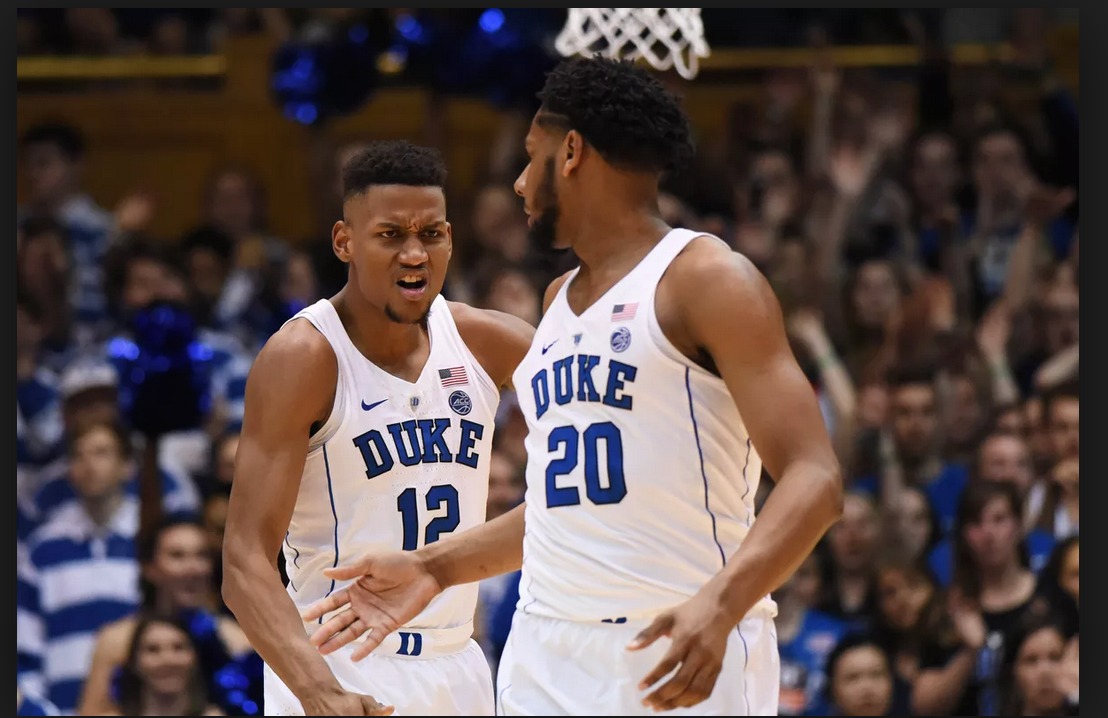 By ADAM ZAGORIA Rising Duke senior Marques Bolden will remain in the NBA Draft, while fellow rising senior Javin DeLaurier will withdraw from the Draft and return to campus. The Bolden news was first reported by Chris Haynes of Yahoo, while Jeff Goodman of Stadium reported the DeLaurier news. Both submitted their draft paperwork ahead of the April 21 deadline. DeLaurier was one of two Blue Devils to play all 38 games this season, making 16 starts, and averaging 3.8 points and 4.4 rebounds per game. The Shipman, Va., native made 59 of his 79 field goal attempts for a .747 percentage. Bolden averaged 5.3 points and 4.5 rebounds in 35 games this season. The native of DeSoto, Texas, shot .579 from the field. Bolden and DeLaurier blocked 58 and 50 shots this season, respectively, helping Duke set both a program and ACC single-season record with 257 blocked shots this season. The Blue Devils now have four players in the NBA Draft, Bolden and freshmen RJ Barrett, Cam Reddish and Zion Williamson, the projected No. 1 pick. Bolden is not projected to be drafted on most mocks.

Duke likely has their roster set for next season.