Markell Johnson to return to NC State for senior year 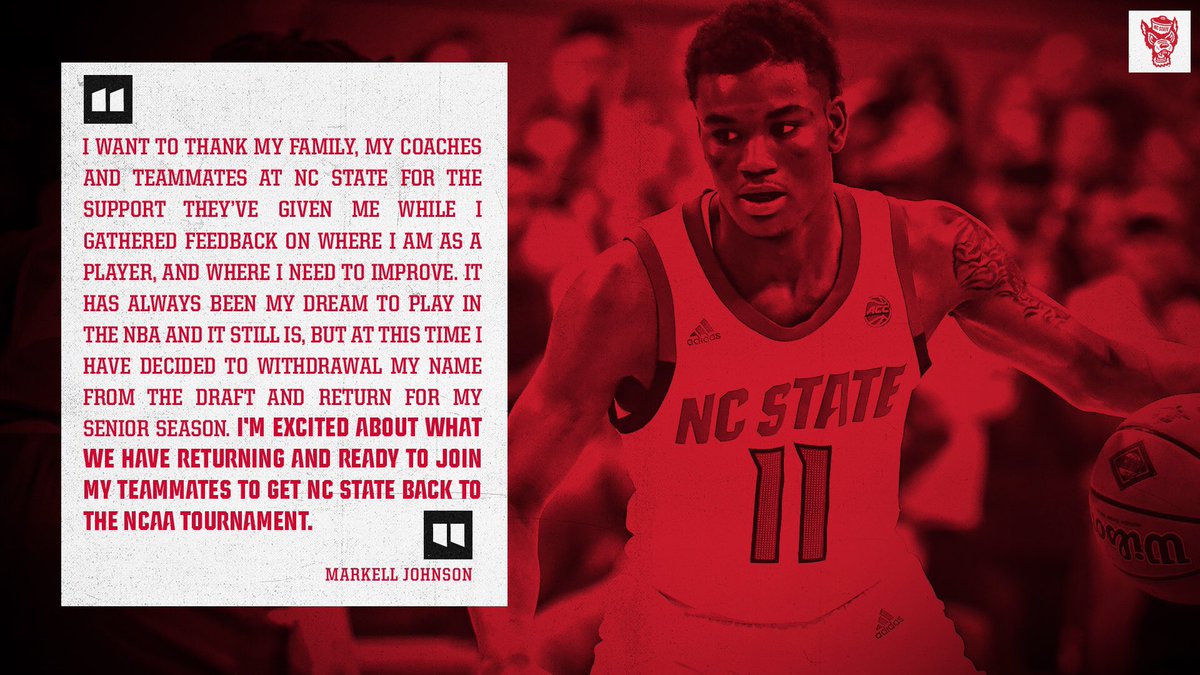 By JACOB POLACHECK North Carolina State point guard Markell Johnson announced his intentions to return to school for his senior season on Friday, via Twitter. “I want to thank my family, my coaches and my teammates at NC State for the support they’ve given me while I gathered feedback on where I am as a player, and where I need to improve,” said Johnson in a statement released Friday. “It has always been my dream to play in the NBA and it still is, but at this time I have decided to withdrawal my name from the draft and return for my senior season.”  Johnson tested NBA Draft waters over the last several weeks of the offseason. He had until May 29 to announce whether he planned to remain in the draft or come back for his final season with the Wolfpack. “I’m excited about what we have returning and [I’m] ready to join my teammates to get NC State back to the NCAA Tournament,” he said. Johnson participated in individual workouts for several teams after entering his name into the NBA Draft process on April 5. He was not invited to the NBA Combine or the G-League Camp. As a sophomore, Johnson averaged 8.9 points and an ACC-high 7.3 assists in 26 games played. Last season, Johnson became one of the top scorers on the team, averaging 12.6 points, 4.2 assists and 1.1 steals per game. Top recruit Jalen Lecque is still undecided on whether he will remain in the NBA Draft or attend NC State for his freshman season. For more, read Adam Zagoria’s story on Forbes SportsMoney. Follow Jacob on Twitter Follow Adam Zagoria on Twitter And Like ZAGS on Facebook