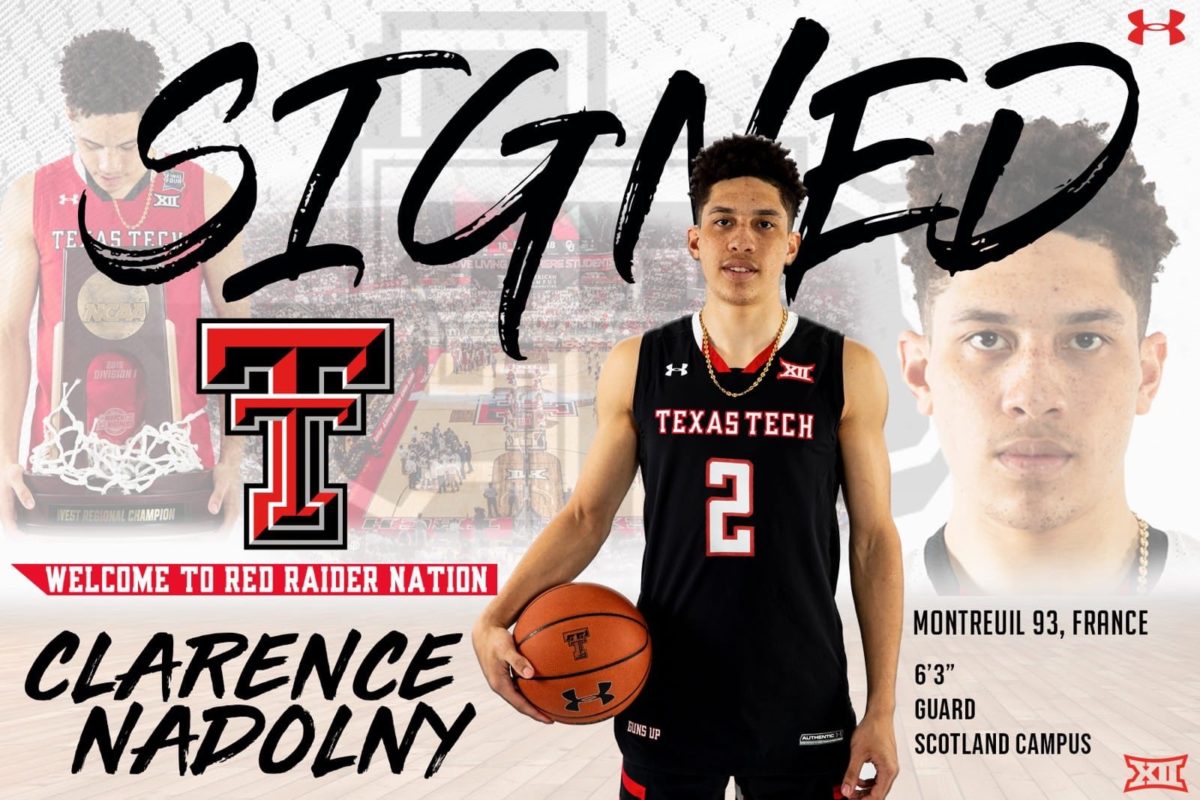 By RYAN McMULLEN Clarence Nadolny, the 6-foot-3 combo guard from Scotland Campus Institute (PA), announced his commitment to Texas Tech on Monday. Nadolny picked the Red Raiders over Iowa State and West Virginia. Chris Beard and his staff are getting a guard who’s shifty and is a terrific defender. Many offers rolled in after his stock exploded playing for Team Rio during this past summer. “In my opinion, Clarence is perhaps the most underrated player in the country,” Chris Chaney, head basketball coach at Scotland Campus Institute said. “Down the road people are going to be talking about him more than some of the top-30 or top-40 guys. One of the big things about our program is we try to talk about not having a weakness. (Clarence) doesn’t have a big weakness. That’s a value of his work ethic and working on all parts of his game. Everybody talks about his scoring and big time athletic ability, but he’s also one of the best defending guards in the country too. He likes to rebound, he likes to make plays for other teammates. That’s just being a winning type player. We are extremely proud of Clarence as he pursues the next chapter in his career.” According to 247Sports, Nadolny is a three-star prospect, ranked No. 346 nationally, and is the No. 12 player in Pennsylvania. Despite coming up short in the National Championship this year, the Red Raiders are built to rebound smoothly. He is the seventh commit for TTU’s 2019 class as he joins four-stars Jahmius Ramsey and Terrance Shannon, along with three-star Russel Tchewa. Beard also grabbed JUCO standout, Khalid Thomas. Kevin McCullar and Andrei Savrasov have enrolled in Lubbock already. Follow Ryan on Twitter Follow Adam Zagoria on Twitter And like ZAGS on Facebook