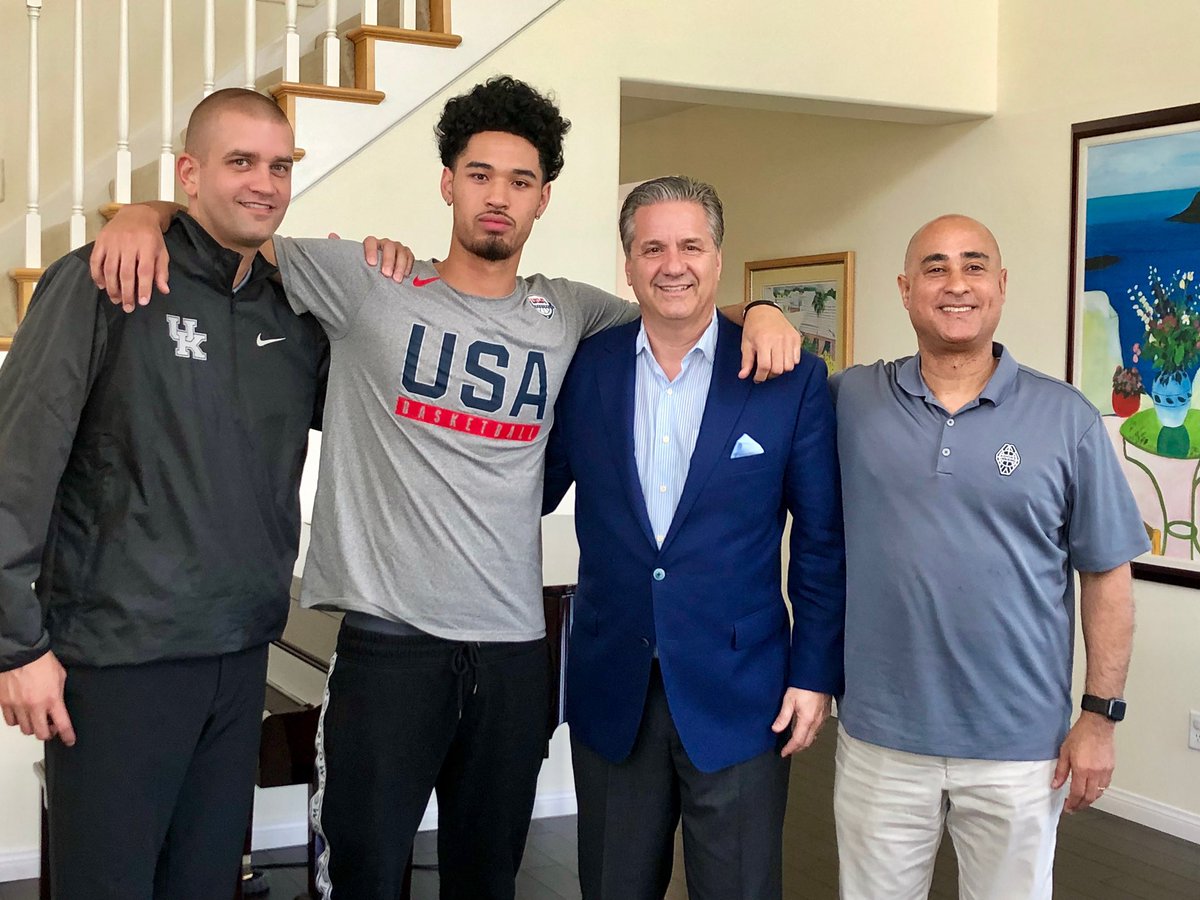 By ADAM ZAGORIA Johnny Juzang, the 6-foot-6 small forward from Harvard-Westlake (CA), announced Wednesday he plans to reclass into the Class of 2019 from 2020. He is currently ranked the No. 21 prospect in 2020, per 247Sports.com.

I will be reclassifying to the class of 2019! pic.twitter.com/iW9GdGtNc0

Juzang will also take an official visit to Kentucky beginning Monday after Wildcats head coach John Calipari and assistant Joel Justus visited him last week and offered, as first reported by 247Sports.com. Villanova, Virginia, USC, UCLA and Kansas are also involved for Juzang, who won’t play this weekend in Dallas because he recently suffered a concussion. “He could be the best shooter in the country with a scoring package at all three levels,” said Etop Udo-Ema of the Compton Magic.

Recruiting Issues Behind Them, North Carolina Gets Two Guards On the Same Day