Recruiting Issues Behind Them, North Carolina Gets Two Guards On the Same Day | Zagsblog
Follow @adamzagoria

Recruiting Issues Behind Them, North Carolina Gets Two Guards On the Same Day 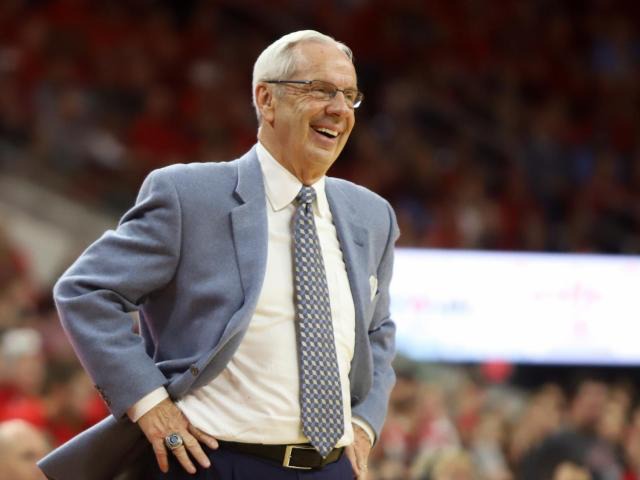 By RYAN McMULLEN Whatever recruiting struggles North Carolina may have endured when it was connected to the academic scandal at the school are long gone now. Five-star point guard Cole Anthony and four-star combo guard Anthony Harris both announced their commitments to North Carolina within 12 hours of each other on Tuesday. The 6-foot-3 Anthony, the No. 2 prospect in the Class of 2019 according to ESPN.com, started the day by choosing the Tar Heels over Georgetown, Notre Dame, and Oregon during a morning appearance on ESPN. “He is one of the most complete point guards I have ever recruited,” Tar Heels coach Roy Williams said. “He has all the physical skills, but he has a competitiveness, a toughness, and a savvy that I really like.”

Anthony doesn’t figure to be at North Carolina for long. He’s the projected No. 3 pick in the 2020 NBA Draft, per ESPN.com. Prior to his North Carolina pledge, Harris was initially signed to Virginia Tech. After Buzz Williams accepted the job at Texas A&M, he was given a release to explore other options. Ranked No. 75 by ESPN.com, Harris chose the Tar Heels Tuesday after an official visit. He also visited Indiana.

“Anthony’s a remarkable man,” Williams said. “I love his toughness and competitiveness. A team can never have enough of these qualities. We are very fortunate to have a player of his caliber join the program. His parents have done a great job raising him and Coach (Glenn) Farello has done a tremendous job coaching him at Paul VI. He’s a great addition to our program.” Harris suffered a gruesome ACL tear during December of his senior year. He underwent surgery and is recovering smoothly. “I’m excited for Anthony and his opportunity to contribute to the UNC program,” Farello told ZAGSBLOG “Anthony is ahead of schedule in his recovery from ACL surgery and will bring a toughness and competitiveness with him from the jump. He is a complete guard who can play with and without the ball and will do whatever Coach Williams asks of him.” UNC’s class is now ranked No. 6 nationally by 247Sports.com. Along with Anthony and Harris, it includes five-star big man Armando Bacot and three-star point guard Jeremiah Francis. The Tar Heels remain in the mix for five-star wing Precious Achiuwa, who took an official to Memphis early this week and is also considering Kansas, among others. They are also recruiting grad transfers Christian Keeling, a shooting guard from Charleston Southern, and Justin Pierce, a forward from William & Mary. Follow Ryan on Twitter Follow Adam Zagoria on Twitter And like ZAGS on Facebook