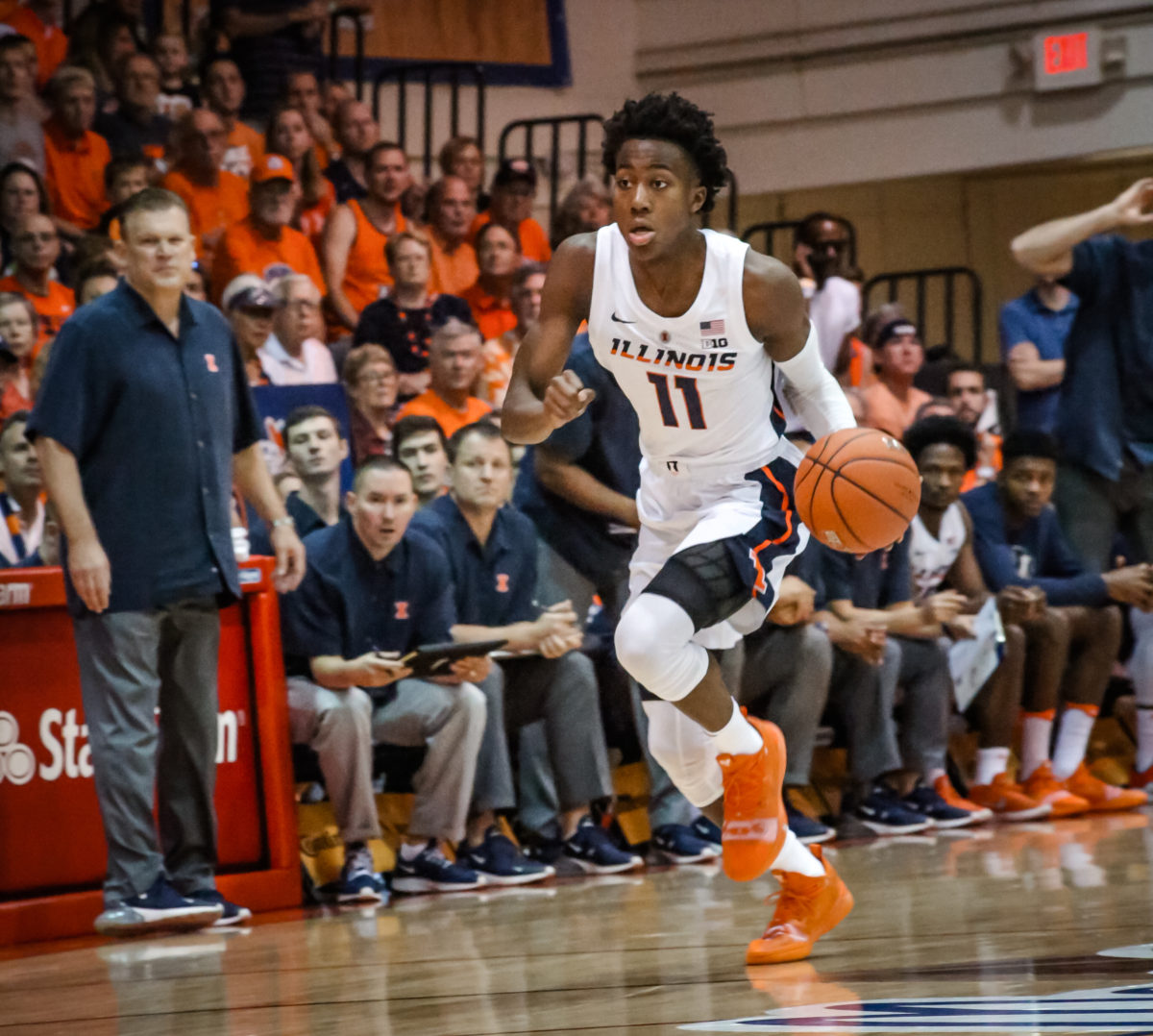 By ROB ROSE Illinois freshman guard Ayo Dosunmu announced via his Twitter account Thursday that he will be returning to school.

“I stayed home to help [Head] Coach [Brad] Underwood turn the Illinois program around,” said Dosunmu in his video statement. “We beat some ranked teams this season. We tasted some success, but we didn’t dance. Illinois needs to dance.” In his first year at Illinois, Dosunmu received Big Ten All-Freshman Team honors and was named Honorable Mention All-Big Ten. Dosunmu became the first true freshman in program history to lead the team in scoring after he averaged 13.8 points per game.

The 6-foot-4 guard was listed as the No. 43 overall prospect in ESPN’s Top 100 2019 NBA Draft prospects. He was also projected to go No. 44 in ESPN’s latest mock draft to the Atlanta Hawks. Illinois will add the No. 44-ranked recruit by ESPN, 6-foot-10 center Kofi Cockburn from Oak Hill Academy, in addition to three-star center Antwan January and two-star forward Bernard Kouma. Photo: Illinois Athletics