St. John’s in flux as Porter Moser wavers on taking the job 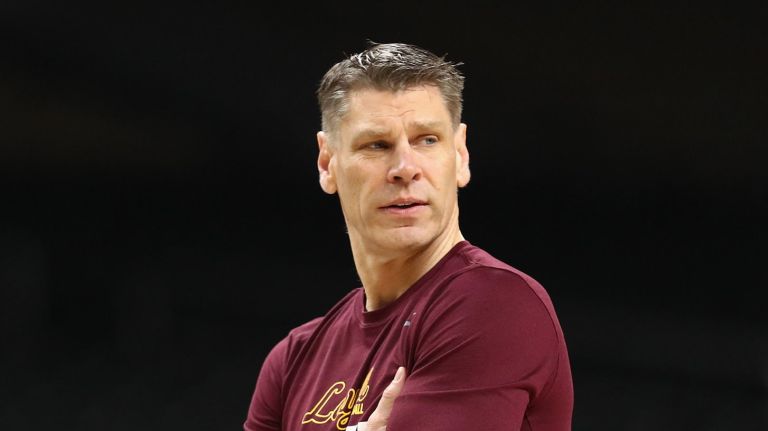 By ADAM ZAGORIA The St. John’s coaching search remains in flux as Loyola Chicago coach Porter Moser wavers on taking the job, multiple sources told ZAGSBLOG on Tuesday. Porter, 50, met with St. John’s officials Monday night, as first reported by ZAGSBLOG, but it’s not certain he was offered the job. “He flew home and I’m told he was not offered the job,” one source said. Moser has been reaching out to colleagues to seek their opinions on the Big East opening and also on staffing, with a second source saying he thought Moser would not take the job. “I think he turns it down,” the second source said. Moser is 246-226 (.521) in his career with just one NCAA Tournament appearance in 15 seasons as a head coach. In that one season, he led Loyola to the Final Four in 2018. Meantime, Iona coach Tim Cluess, 60, has not been formally offered the job, sources said. Yet he remains the pick of many area high school and grassroots coaches, and others connected to St. John’s players. “The fact that they didn’t offer the job to Tim first is the most idiotic thing I’ve ever seen,” said one Division 1 assistant with connections to St. John’s players. “Hiring someone who wants to be at St. John’s and is invested is the most important aspect of hiring someone,” the coach added. “Tim bleeds St. John’s.” Cluess played at St. John’s and Hofstra and is 297-131 (.694) as a head coach. He has taken Iona to six NCAA Tournaments in nine years, including the last four but has yet to win an NCAA Tournament game. Iona is often a bottom-tier seed because it plays in the MAAC. Though there have been questions about how Cluess and his up-tempo style might translate in the Big East, one source pointed out that many MAAC coaches have done well in the league (and other major conferences), including Kevin Willard, Ed Cooley, Steve Lappas, Fran Fraschilla and Fran McCaffery. “It almost makes too much sense” to hire Cluess,” one coach said. As for questions about Iona’s style of play and how it would translate to the Big East, the coach said: “When you play the way Tim plays, you’re trying to make the game uptempo and you’re OK with giving up more points because you’re going to get more possessions, and if you have better offensive players, you’re going to score more points. Tim’s OK with teams scoring in the high 70s because Iona can get to 85.” He added: “To me, you want someone who has a style because the last two guys just went out and kind of coached. It wasn’t, ‘They play this way.’ Tim has a style on both ends of the floor.” Chris Mullin officially stepped down as coach on April 9. St. John’s could still opt to go another route, but the clock is ticking. The NCAA late signing period begins Wednesday and the first live recruiting period is April 26-28. St. John’s has already lost several players from its roster, including juniors Shamorie Ponds and Justin Simon, who declared for the NBA Draft, while freshman Bryan Trimble and sophomore L.J. Figueroa have entered the transfer portal. Class of 2019 junior college recruits Cam Mack and Valdir Manuel have both re-opened their recruitments. “They need to make a hire before Easter weekend,” one source said. Photo Credit: Getty Images/Ronald Martinez Follow Adam Zagoria on Twitter And like ZAGS on Facebook