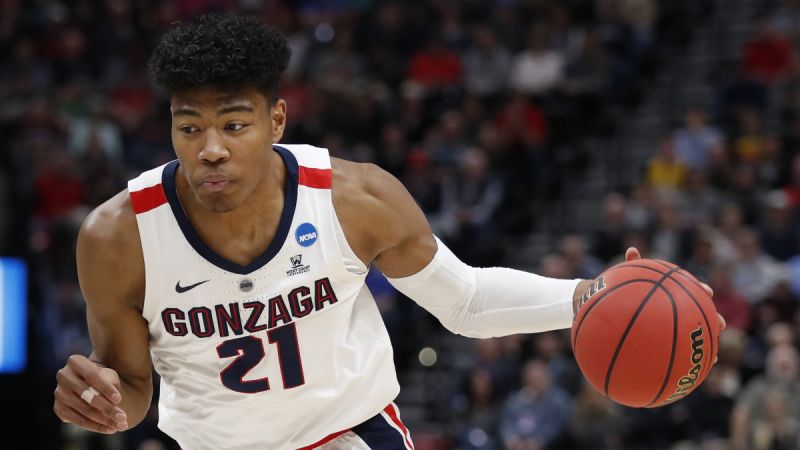 By ROB ROSE Gonzaga junior forward Rui Hachimura announced Monday via Twitter he will declare for the 2019 NBA Draft.

Hachimura was the 2019 West Coast Conference Player of the Year and Julius Erving Small Forward of the Year after he averaged 19.7 points and 6.5 rebounds per game, while shooting 59.1 percent from the field. He will sign with an agent, but still could return to Gonzaga due to the new NCAA rules. In ESPN’s latest NBA mock draft, Hachimura is projected to be selected by the Indiana Pacers with the No. 18 pick. He would be the first Japanese player ever drafted. Fellow Gonzaga forward Brandon Clarke joins Hachimura in ESPN’s mock draft, going to the Boston Celtics at No. 14. Photo: AP