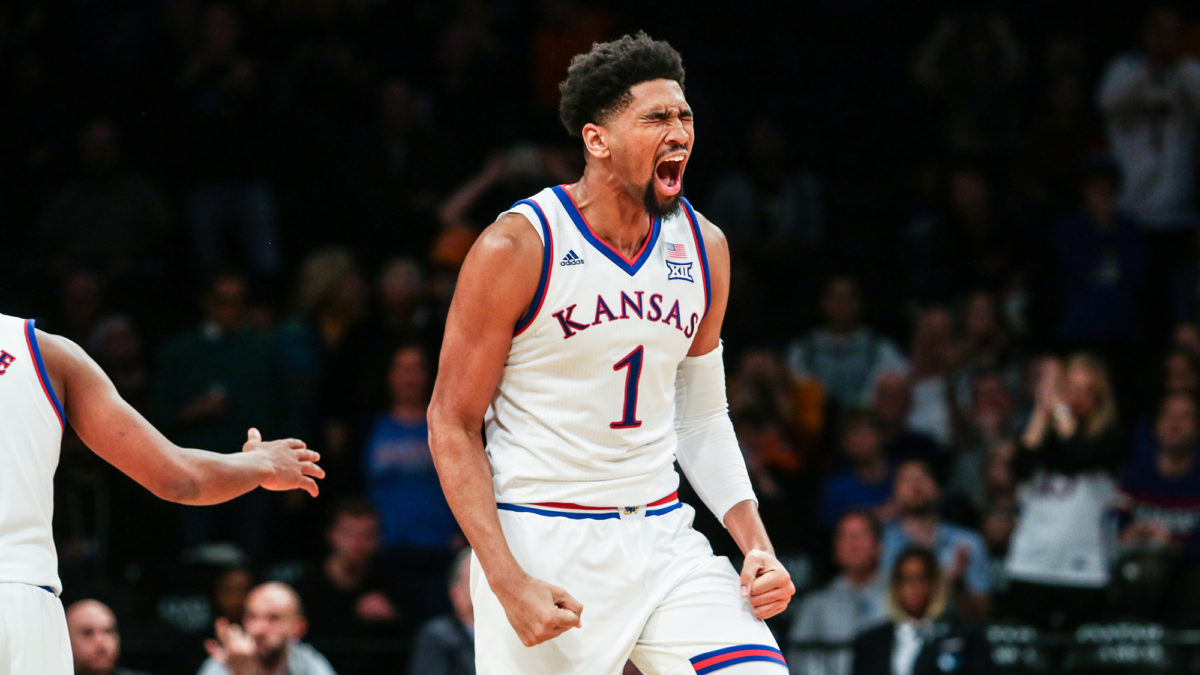 By JACOB POLACHECK Kansas junior forward Dedric Lawson declared for the NBA Draft on Sunday, he announced via Twitter. This decision comes just days after it was reported that his older brother K.J. will transfer from KU. “First, I would like to thank God for blessing me with the talent and opportunities to play the game I love,” said Lawson in a statement released via Twitter. “I would also like to thank Coach [Bill] Self, KU Coaching Staff, Academic Advisors, and the best fans in the country from the University of Kansas for allowing me to recreate myself and display my talents. After prayer and discussion with my family, I will pursue my life’s dream by declaring for the NBA draft. I will begin my preparation for the NBA immediately. RockChalk JayHawk for Life!!” Lawson, who transferred from Memphis following his sophomore year, averaged 19 points and 10 rebounds while recording 22 double-doubles last season during his lone season with the Jayhawks. In addition to losing both Lawson brothers, the Jayhawks will also lose sophomore guard Charlie Moore, who announced his intentions to transfer late last month. KU currently has two commits in the 2019 class with four-stars Issac McBride and Christian Braun. They are also in the running for McDonald’s All-Americans Matthew Hurt and Precious Achiuwa, as well as four-star shooting guard Cassius Stanley. Hurt will choose between a list of elite schools in Duke, North Carolina, Kentucky, Kansas, Memphis and Minnesota, when he makes his college decision on April 19. Achiuwa has a list of schools on his trail in Kansas, North Carolina, Memphis, and Georgia, among others. Stanley will choose between Kansas, UCLA, and Oregon on April 17. ESPN currently lists Lawson as the No. 46 overall prospect in the 2019 NBA Draft.

Rick Pitino says he would bring St. John's back to 'elite level'