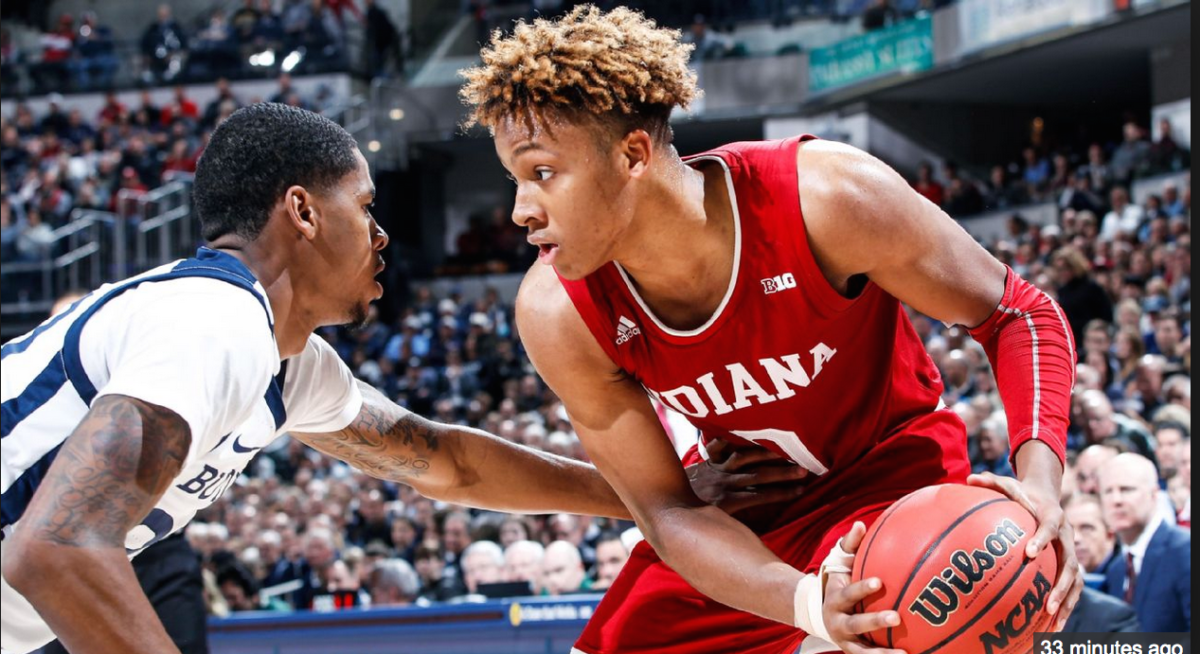 By ADAM ZAGORIA MINNEAPOLIS — Romeo Langford, the 6-foot-6 freshman shooting guard from Indiana, will declare for the NBA Draft, he told ESPN.com. Langford averaged 16.5 points and 5.4 rebounds during an injury-riddled season at Indiana, which failed to make the the NCAA Tournament. He is the projected No. 10 pick in the Draft, per ESPN.com. Langford told ESPN he tore a ligament in his thumb last November before the Duke game and was never right afterward. “I think it’s fair to say that we never got a chance to see me at my best at the college level, especially since I’ve been playing with basically a cast on my thumb the whole season,” Langford said. “Obviously that throws off your shot. Even though I didn’t shoot as well as I’m capable of, I feel like I shot the ball pretty well in the second half of the season.” He added: “I tried to keep going with the injury instead of shutting it down, just because I wanted to experience college basketball and I wanted to be there for my teammates and help them be all that they can be. I think that shows NBA teams how tough I am. “I’m looking forward to showing NBA teams all the things that they didn’t see out of me during the college basketball season.” Photo: ESPN Follow Adam Zagoria on Twitter And Like ZAGS on Facebook