Oregon’s Bol Bol will head to NBA, sign with agent 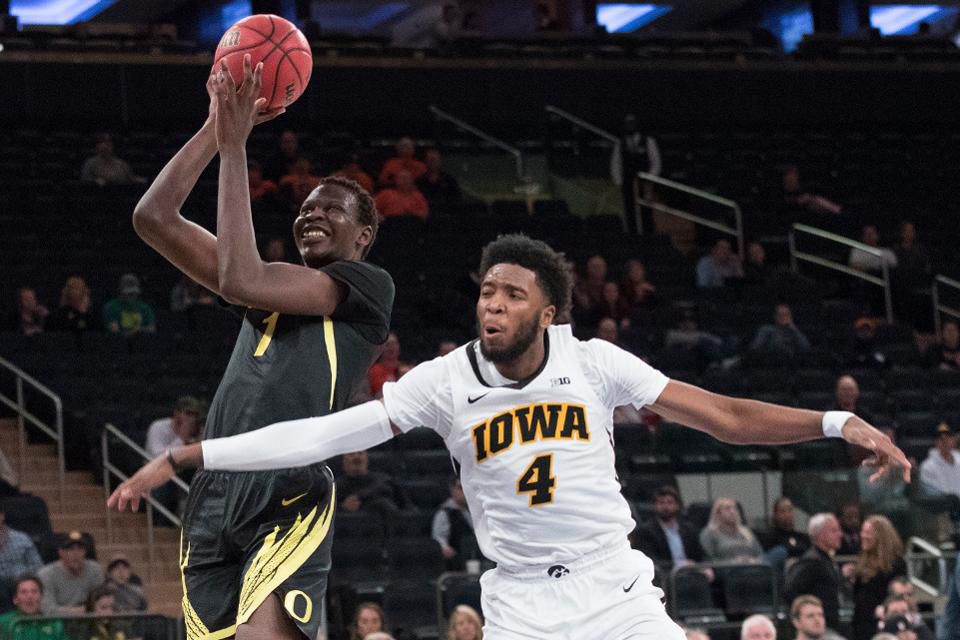 By ADAM ZAGORIA Oregon freshman big man Bol Bol is headed to the NBA Draft and will sign with an agent from CAA, ESPN reported. The 7-foot-2 Bol has been out since early January with a foot injury, but has been shooting as Oregon practiced during the NCAA Tournament. The Ducks lost to Virginia in the Sweet 16 on Thursday. Bol is currently projected as the No. 14 pick in the NBA Draft, per ESPN.com. He has drawn comparisons to Kristaps Porzingis and Kevin Durant, as I wrote last fall for Forbes.

“He’ll be ready to go by the time pre-draft rolls around,” ESPN’s Jonathan Givony reported in January.” He’ll get ready for the draft, he’ll do workouts. He’ll be healthy by then. It’s not a Joel Embiid or Yao Ming type deal. It’s no that serious of an injury. The blessing for him is that he has really small feet for a guy his size.”

Through first nine games of the season, Bol averaged 21 points, 9.6 rebounds, and 2.7 blocks per game, leading the team in all three categories. “He has already established himself as a lottery pick so if he is injured then there is no reason to return to school,” an NBA executive told ZAGSBLOG in January. Follow Jacob on Twitter Follow Adam Zagoria on Twitter And Like ZAGS on Facebook