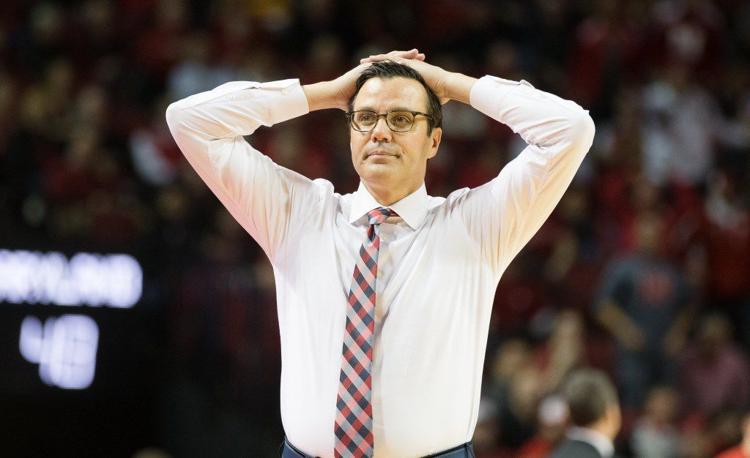 Former Iowa State coach Fred Hoiberg has been prominently linked to the job. Hoiberg may have other options as well.

“Tim Miles is a good basketball coach who has put his heart, soul and energy into the Nebraska men’s basketball program over the past seven years,” Moos said in a press release. “Ultimately, we have not maintained a level of consistent success and stability on the court, and after a full review I have made the decision to move in another direction for the leadership of our program.” Following the announcement, Miles released a statement via Twitter:
“Thank you to the University of Nebraska for a remarkable journey, said Miles. “It was a great honor to represent this University the past seven years. I am extremely proud of what we were able to accomplish during my tenure, most notably developing relationships with so many fantastic people associated with the Huskers.” Miles finishes his tenure with a record of 116-114, good for the third-most wins in school history. However, the Huskers only reached the NCAA tournament once under Miles and never advanced past the quarterfinals of the Big Ten tournament. “To the fans, students and supporters who make Pinnacle Bank Arena such an incredible venue, much respect and thank you as well,” said Miles. “My family will always be cheering for the Huskers and look forward to seeing #Nebrasketball make history in the near future.” Per Miles’ contract, he’ll be owed $105,000 per month through March 2021 — about $2.5 million total. The amount could decrease if Miles takes another job. Nebraska finished the 2018-19 season with a 19-17 record, losing seven straight in January and 11 of its final 14 games of the regular season. With two wins in the Big Ten tournament, Nebraska secured a spot in the NIT, before falling in the second round to TCU.

Updated Coaching Carousel Openings – 3 apiece in the SEC and Pac-12: