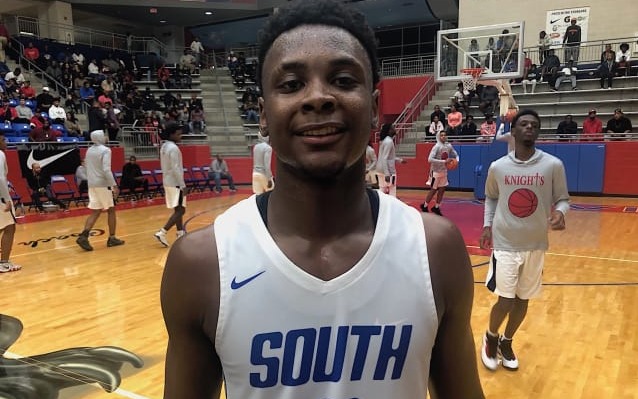 “It was really out how coach Billy Kennedy was fired,” said Harris. “I felt like I wouldn’t be able to reach my full potential without those guys who have been on me since my freshman and sophomore year. I felt like they had the best interest in me and play my style of play. I thought that I should de-commit and find a similar relationship that I had with them.”

Since his de-commitment, Oklahoma State, SMU, Georgia Tech, Arkansas, Georgia, and NC State have been among the schools to reach out. Harris does not have a timetable to commit and is working to cut down his list.

“I’m still waiting to see who sends me a pitch,” he said. “I’m working on plan some once I break down my list.” Despite not having a timetable, Harris still has a clear idea of what he’s looking for in a school.

Harris also said that he is unsure whether or not he will still consider Texas A&M until they hire a new coach. According to 247Sports, Harris is ranked as the No. 129 overall player in the Class of 2019 and the No. 13 player from the state of Texas. Follow Jacob on Twitter Follow Adam Zagoria on Twitter And Like ZAGS on Facebook