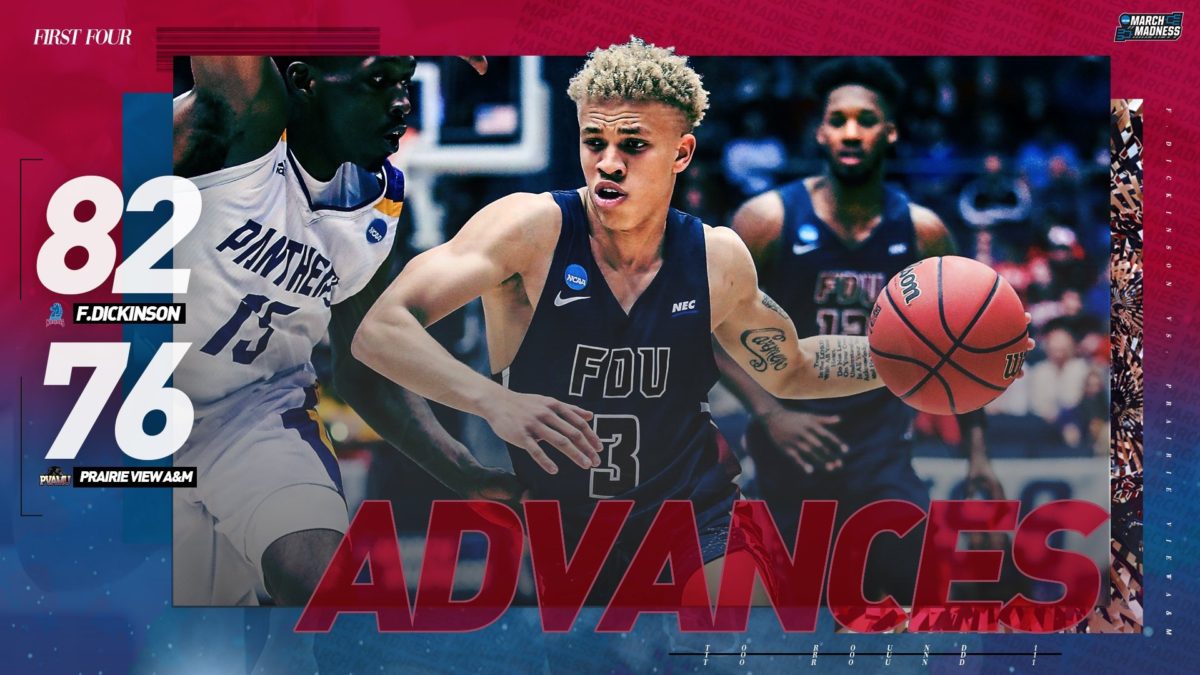 By ADAM ZAGORIA Fairleigh Dickinson University had never won an NCAA Tournament game before Tuesday. Now they have. Behind a combined 55 points from guards Darnell Edge and Jahlil Jenkins, the No. 16 Knights fended off No. 16 Prairie View A&M, 82-76, in Dayton, Ohio and advanced to meet No. 1 Gonzaga on Thursday in Salt Lake City, Utah. Edge went for a career-high 33 points and Jenkins scored of 20 of his 22 in the second half. After winning the NEC Tournament title over St. Francis (Pa.), FDU trailed by 13 points early in the second half and outscored Prairie View A&M 48-29 the rest of the way. Edge and Jenkins combined for 35 points in the second half, shooting 11-of-15 from the field, 4-of-7 from deep and 9-of-9 from the line. “It’s history, it’s amazing, all the glory goes to my players and my staff,” FDU coach Greg Herenda said on truTV. “They got so much heart. We were down at St. Francis-Brooklyn, Mount Saint Mary’s. We lost 15 games in a row when these guys were freshman, and we’re going to Utah.”

Jahlil “I CAN BLOW BY YOU” Jenkins is heating up!! The Knights are here America!#MarchMadness pic.twitter.com/uOydmtWDvK

Jenkins scored 20 after the break. “I just came out and kept playing my game,” Jenkins said. “I knew in the second half there would be more spacing for me to get in the lane and create for my teammates.” Of moving on, Jenkins: “I love it. It’s my first time here and I love it. We’ll get ready for Gonzaga and see what happens.”