After wild night at MSG, Seton Hall and Villanova will square off for Big East Tournament title | Zagsblog
Follow @adamzagoria

After wild night at MSG, Seton Hall and Villanova will square off for Big East Tournament title 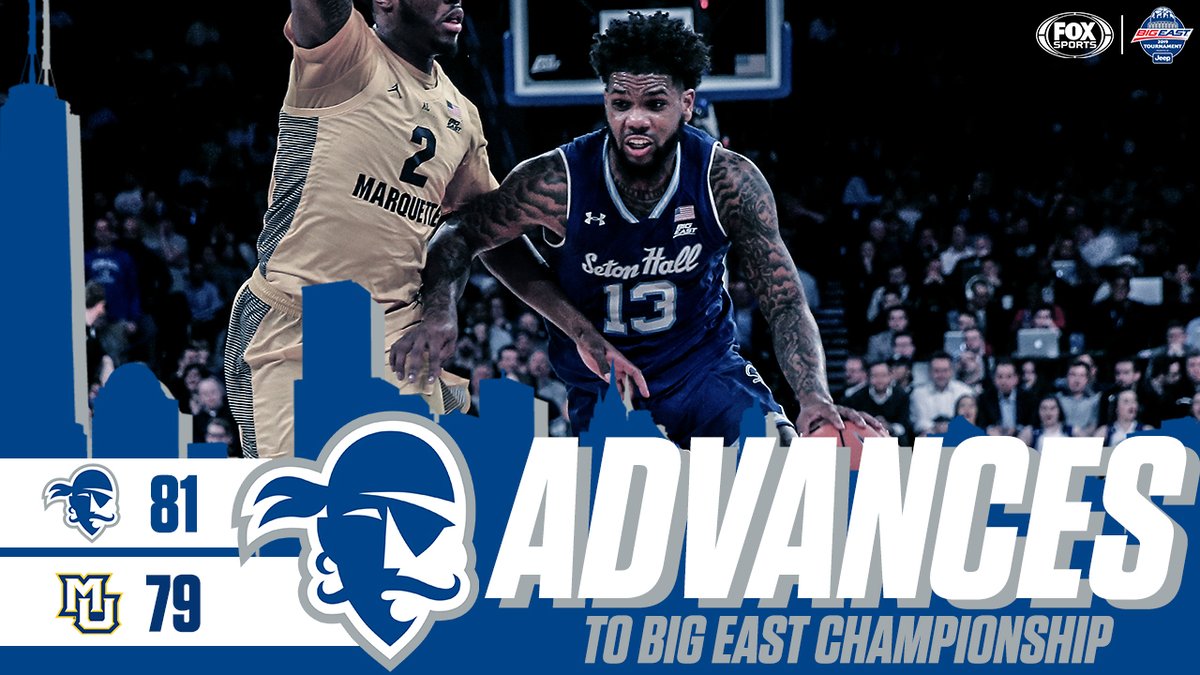 By ADAM ZAGORIA After a wild night at Madison Square Garden that featured one overtime game and a second game with eight technical fouls and three ejections, Villanova and Seton Hall will meet for the Big East Tournament championship on Saturday night (6:30, Fox). The two teams have combined to win the last four Big East Tournament titles. Villanova (24-9) has won three of those, but lost to Seton Hall (20-12) in the 2016 title game. They split a pair of games this year, with Seton Hall winning at home last Saturday. “We have another great opportunity against another great team in this league, and you gotta take advantage of these opportunities when you’re in them,” Pirates coach Kevin Willard said after his team survived an 81-79 semifinal victory over Marquette only after Big East Player of the Year Markus Howard missed a 3-pointer at the buzzer. Seton Hall was picked eighth in the preseason and then finished third. Now they are one win from cutting down the nets at the Garden.

We were picked 8th in the preseason.

Earlier, top-seeded Villanova survived an overtime thriller against Xavier, 71-67, to advance to the program’s fifth straight Big East title game. Phil Booth had 28 points in the game, Jermaine Samuels 17 and Eric Paschall 12. Paschall and Samuels hit huge 3-pointers in the overtime to ice the win. Seton Hall beat Marquette and Villanova at home last week to ensure the program’s fourth straight NCAA Tournament bid. Now they’ll try to beat those same two teams back-to-back at the Garden for the Big East title. The Seton Hall-Marquette game got wild with about 12 1/2 minutes left when an altercation that began with Marquette’s Theo John pushing Seton Hall’s Myles Powell as he elevated near the basket. John was assessed a flagrant technical and ejected. Powell got into it verbally with Sacar Anim, who was ejected for his second technical foul. And Seton Hall’s Sandro Mamukeshvili was also ejected for a flagrant technical foul. There was some confusion over whether Powell would also be ejected. It took nearly 10 minutes to sort it all out. But because he had  one flagrant and one technical, Powell remained in the game and finished with 22 points one night after giving Georgetown 31. That’s 53 points in two nights in New York. “The Seton Hall bench thought that he had been ejected,” lead official James Breeding said. “When I saw that he went to the locker room, I went to them and said, `He has one technical foul, one live ball flagrant personal foul, that does not result in ejection. They went and got him back.'” Willard was just happy to survive and advance. “You’re talking about one of the best nights in college basketball and the place was electric and the biggest thing for me was just getting the guys to understand we still had 12 1/2 minutes to go,” Willard said. “I think it’s just two teams playing really hard with good emotions.”