St. John's gets blown out by Marquette, yet is still an NCAA Tournament team | Zagsblog
Follow @adamzagoria

St. John’s gets blown out by Marquette, yet is still an NCAA Tournament team 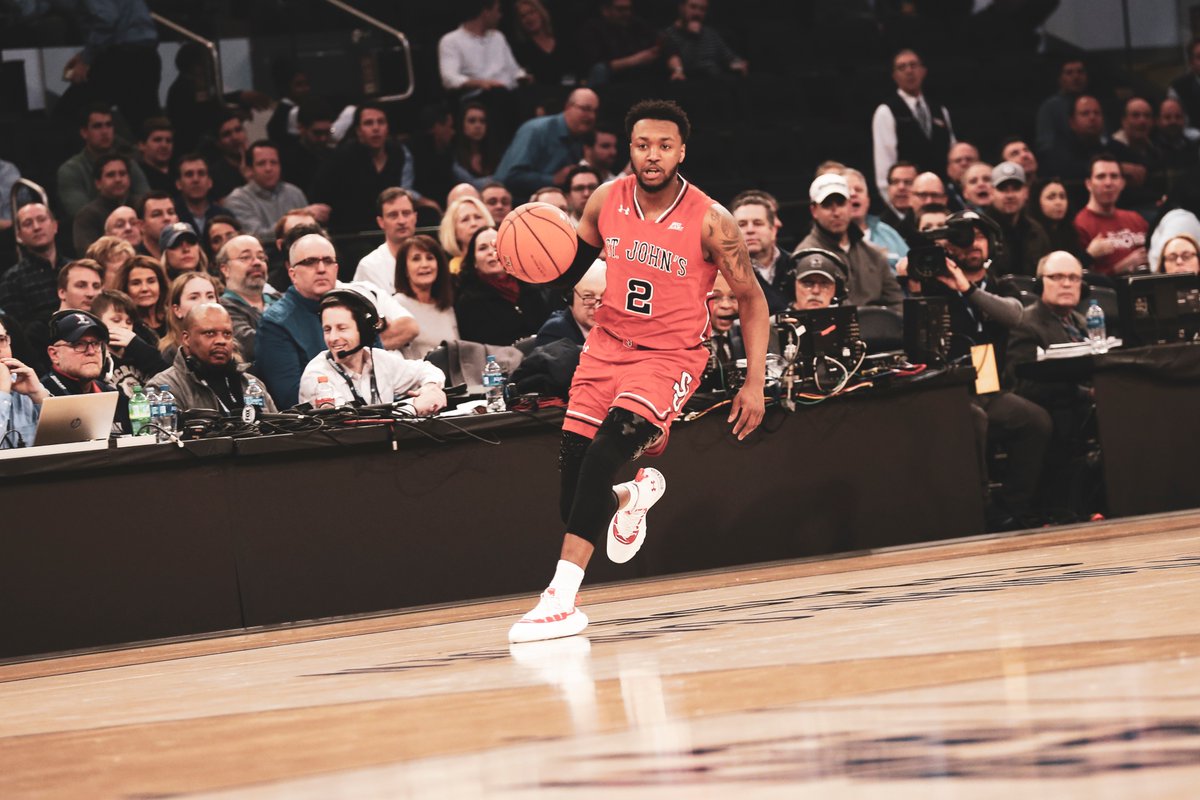 By ADAM ZAGORIA NEW YORK –– St. John’s got blown out by 32 points by Marquette in the Big East Tournament quarterfinals, yet is still a “lock” to make the NCAA Tournament, according to Jerry Palm of CBSSports.com. “At the risk of repeating myself, they’re a lock,” Palm told me after Markus Howard went for 30 points in Marquette’s 86-54 rout of the Johnnies at Madison Square Garden. St. John’s, which entered the day as an 11 seed according to Palm, is now 21-12, 8-11 overall in the Big East. They would be the first Big East squad since UConn in 2012 to make the Big Dance with a sub-.500 conference record. After a 12-0 start, they closed the season 9-12. “Obviously, I’m not on the [NCAA Selection] Committee but they’re a terrific team,” Marquette coach Steve Wojciechowski said. They’re unusual in that they start five guys who can all play on the perimeter. They have terrific isolation players and they have a guy in [Shamorie] Ponds who can take over a game. Their defense is unusual because they can switch on ball and off ball.” “I think they’re an NCAA Tournament team, I’m hopeful that that will be the case. I personally think they’re worthy of it. I’m not sure the Committee cares what I think.” St. John’s coach Chris Mullin said his team would take a break until Sunday and then practice and watch Selection Sunday. “I’ll be watching Sunday,” he said, “I’m not really here to make a case.” St. John’s has six Q-1 wins including two against Marquette and one against Villanova. Still, they have lost 5-of-7 heading into the NCAA Tournament, and they would be limping into the Big Dance. Marquette’s 32-point victory was the sixth-largest in Big East Tournament history. “I just thought it was one of our more complete performances of the year,” Wojciechowski said. “I thought our defense was outstanding.”