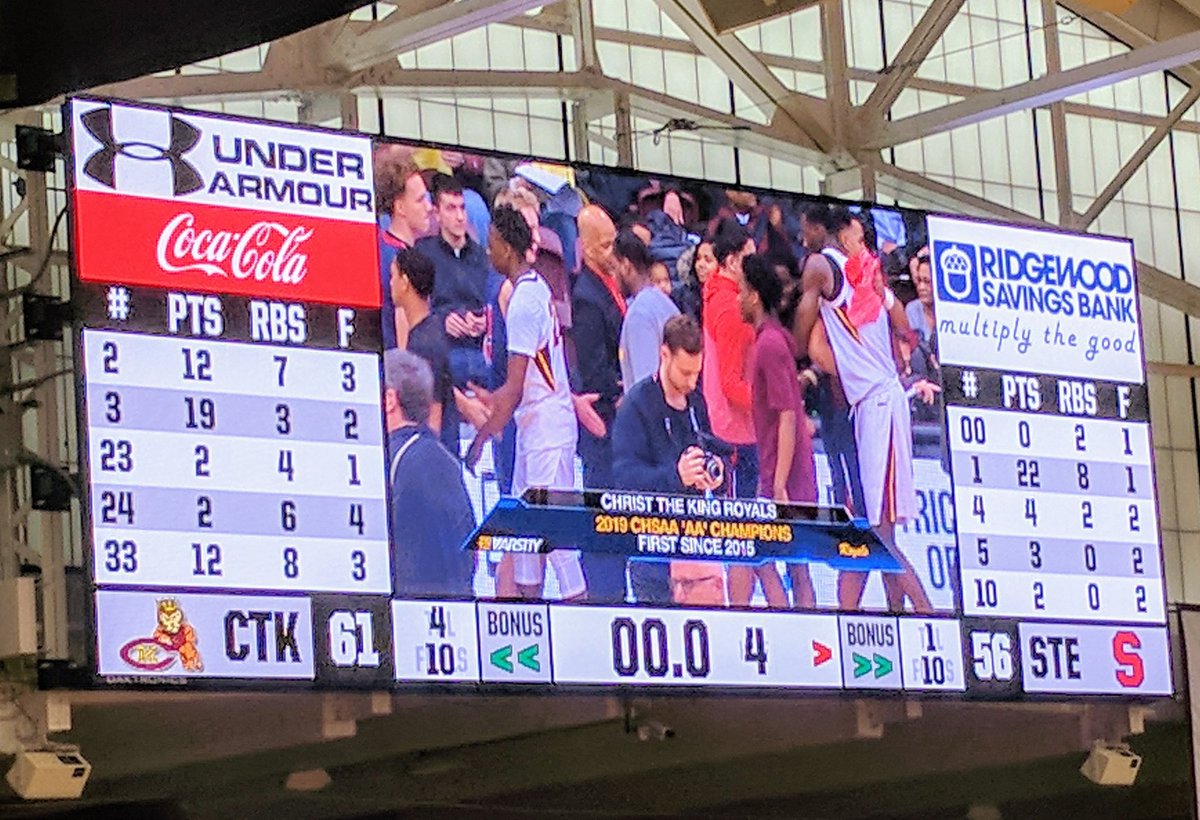 By ADAM ZAGORIA Christ the King coach Joe Arbitello won his sixth New York Catholic League championship on Sunday. The Royals outscored Archbishop Stepinac 30-17 in the second half and won 61-56 at Fordham’s Rose Hill Gym. It was the sixth CHSAA AA title under Arbitello this decade (2010-11 and 2013-15). Former Rice High School coach Moe Hicks won six titles between 1994-2010. “It’s a special feeling to tie Moe Hicks,” Arbitello said. “The culture of Christ the King is to win no matter who’s on the floor.” Junior guard Ryan Myers led the way with 19 points, Nate Curry had 14 points and 14 rebounds, Moussa Cisse had 12 points and 8 rebounds and Sterling Jones scored 12 points. Christ the King advances to the New York State Federation tournament next week in Glens Falls, N.Y. Stepinac was the defending champion.

Box score from CTK’s 61-56 win over Archbishop Stepinac in the @CHSAA_NYC AA Final. Ryan Myers had 19 points for CTK, but the Royals’ defense in the 4th Q was the story in this game. Stepinac was 0-17 from the floor in the final frame and 0-8 on 3s.https://t.co/ctGTTxnYZj pic.twitter.com/PI9e2ld0CO