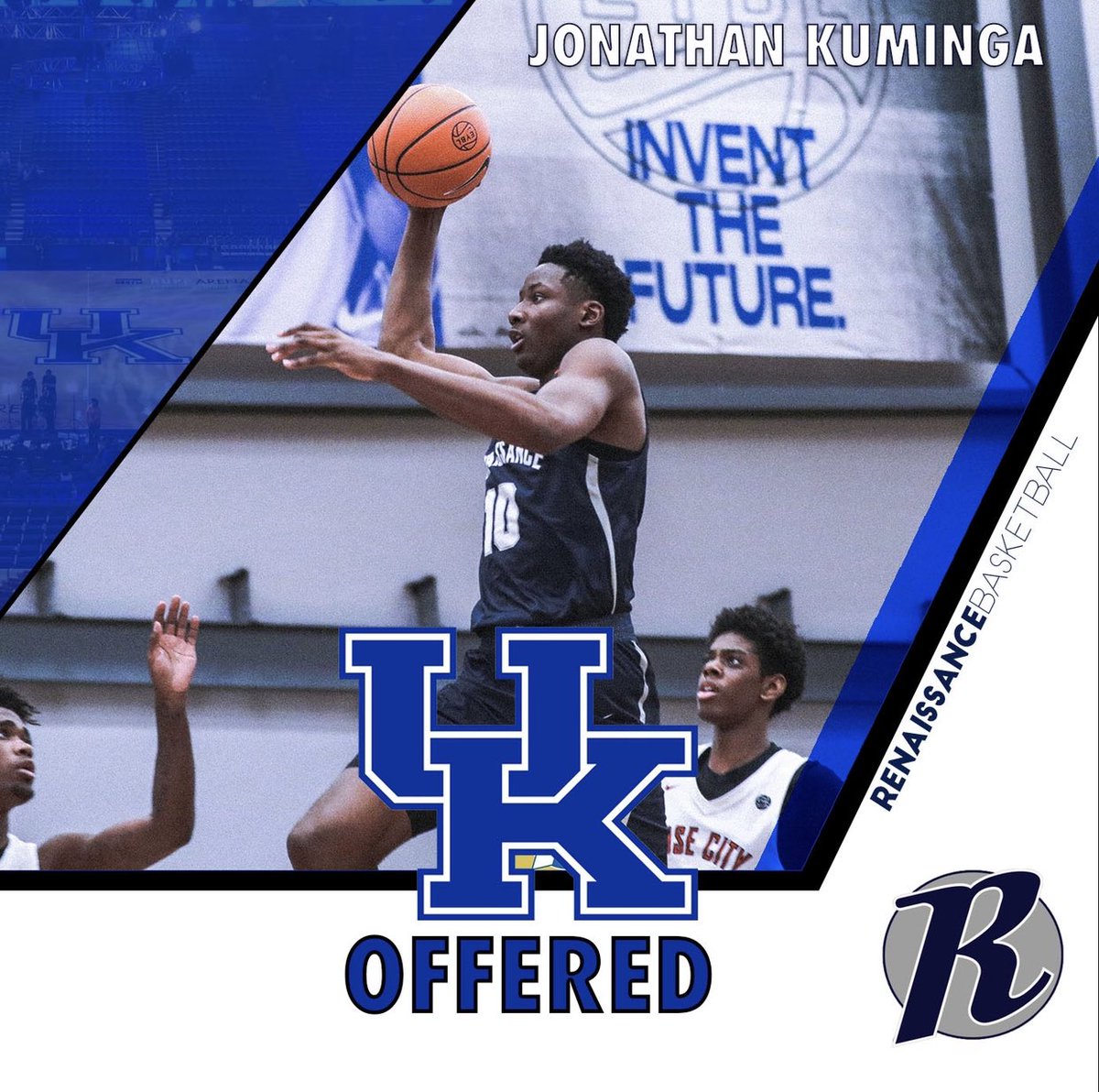 By ADAM ZAGORIA Kentucky has extended a scholarship offer to Jonathan Kuminga, the 6-foot-8 wing from Our Savior New American and the NY Rens AAU program. Ranked No. 4 in the 2021 ESPN 25, Kuminga visited Kentucky this week for the Arkansas game. “It was cool,” Kuminga said. “All [coach John Calipari] said was if you wanna come here you just gotta be ready to work hard, that’s it.” Said Rens coach Andy Borman: “Jonathan is a 6-8 guard with tremendous size and athleticism. He shoots the ball at a high clip from distance. He is an elite finisher in transition and on the drive. He is in a class of his own when you look at his ability to play multiple positions and score from all three levels. His upside is through the roof. He is improving daily and his work ethic is truly incredible. “He’s up every morning at 5:30 working on his game and on his body. He’s a hungry young man. He is already really special, but he wants to be truly great I think he is the type of young man that can play anywhere in the country.”