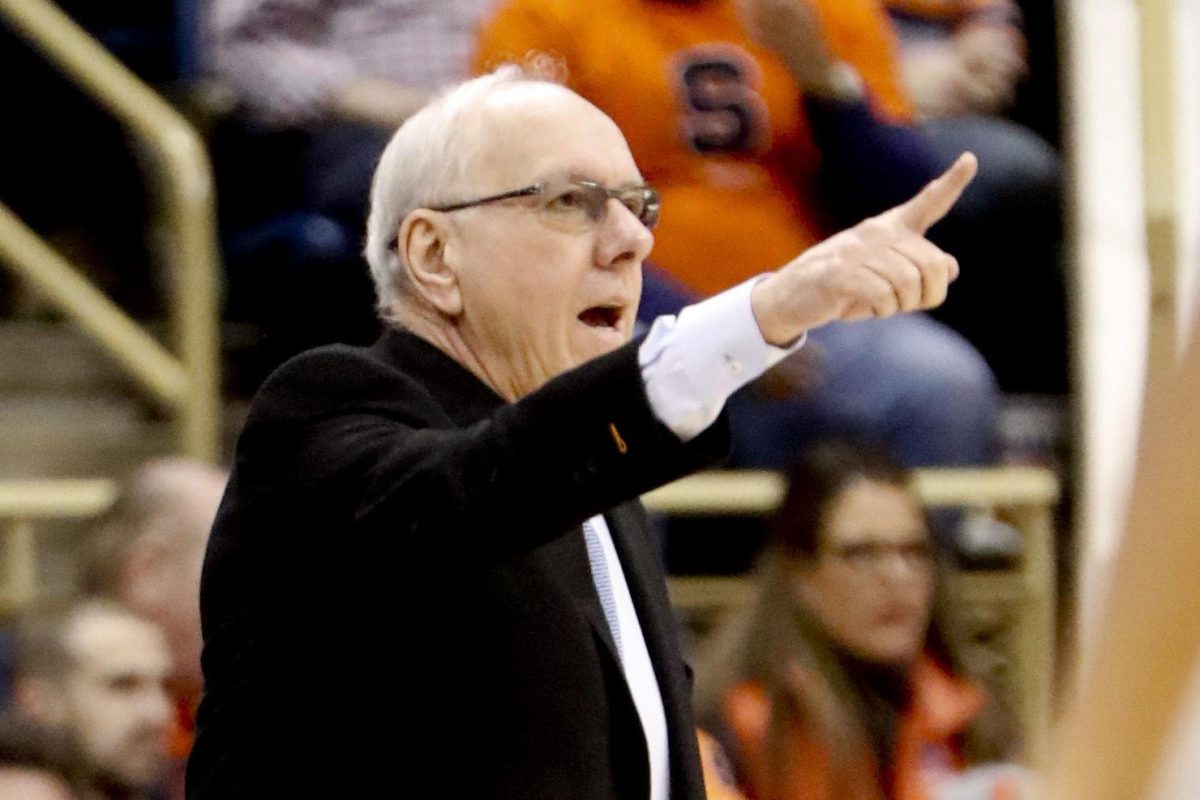 SYRACUSE, N.Y. (AP) — Police say Syracuse men’s basketball coach Jim Boeheim struck and killed a 51-year-old man walking outside his vehicle on a highway. Syracuse police say the man had been in a car with some others before midnight Wednesday after their vehicle crashed. Police say Boeheim drove by and struck the pedestrian while trying to avoid the vehicle. Boeheim is cooperating with the investigation. Police say there was no sign that Boeheim was impaired. No tickets have been issued to Boeheim at this time. “I am heartbroken that a member of our community died as the result of last night’s accident,” Boeheim said in a statement. “Juli and I extend our deepest sympathies to the Jimenez family. Out of respect for those involved, I will not be providing further comment at this time.” Syracuse defeated Louisville 69-49 Wednesday night during a home game. Boeheim was not involved in practice on Thursday. “Our hearts go out to all those impacted by the tragic accident involving Coach Boeheim,” Syracuse AD John Wildhack said in a statement. “The Coach is heartbroken. Coach Boeheim met briefly with his team today but did not attend or participate in practice.” He added: “Coach Boeheim is in contact with local authorities and cooperating fully. Out of respect for those grieving, there will be no further comment at this time.” (AP Photo/Keith Srakocic) Follow Adam Zagoria on Twitter And Like ZAGS on Facebook