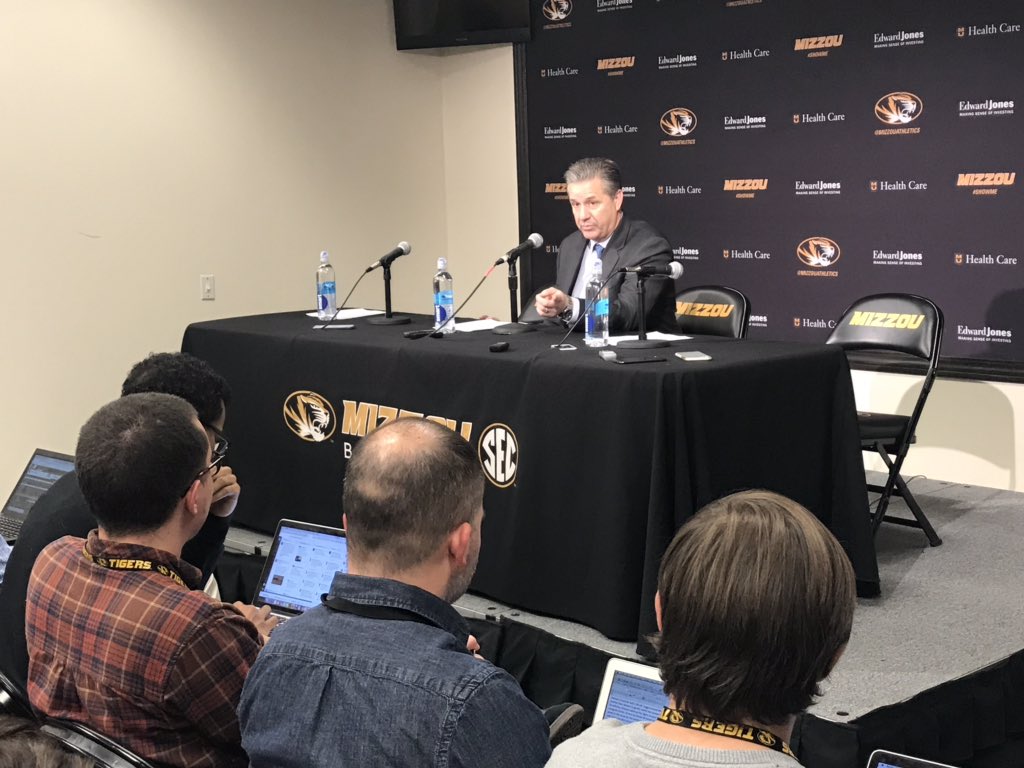 Kentucky announced Wednesday that forward Reid Travis is expected to miss at least two weeks after spraining his right knee during the Missouri game on Tuesday night in Columbia, Missouri. An MRI conducted after the team returned to Lexington late Wednesday afternoon confirmed the sprain.

No other damage to the knee was detected.

“I just feel so good that it was more of a sprain than anything else because you just get worried about that stuff when you see someone go down,” UK head coach John Calipari said. “We are going to be very conservative with this so he may be out a couple weeks. We hope he will be ready for around the conference tournament or maybe even a little bit before, but I’m happy for Reid that we’re going to get him back.”

Play in which Reid Travis injured his right knee. pic.twitter.com/Eb9OFpcbGg

Travis sprained his knee midway through Tuesday’s second half vs. Missouri when a teammate attempting to rebound a ball inadvertently fell into Travis’ right knee. Travis stayed in the game for two possessions before walking gingerly under his own power off the court and into the locker room.

The graduate transfer from Stanford has been one of the key components to Kentucky’s 22-4 start, which includes a 5-2 record vs. Associated Press Top 25 teams and has positioned the Wildcats for a potential top seed in the NCAA Tournament.

Travis is averaging 11.3 points and 6.9 rebounds for the Wildcats while shooting 51.6 percent from the floor and 73.0 percent at the free-throw line. He’s started 23 of 26 games, scored in double figures in 14 of them, and posted four games with 20 or more points. He’s also recorded two double-doubles.

Jim Dolan has 'no plans' to sell the Knicks: MSG