Kevin Durant: 'I know how good I am and I know the demand on my skills in the league' | Zagsblog
Follow @adamzagoria

Kevin Durant: ‘I know how good I am and I know the demand on my skills in the league’ 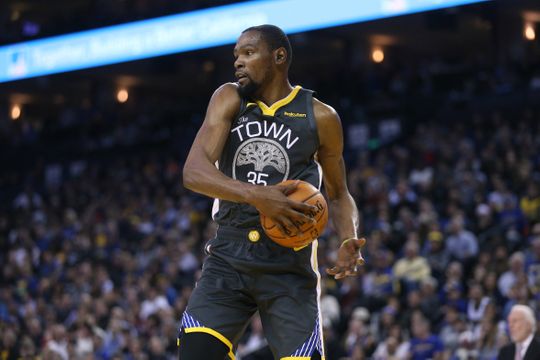 By ADAM ZAGORIA Kevin Durant wants to focus on winning another NBA title with the Warriors, but he’s well aware that he will be in high demand as a free agent this summer. “I know how good I am and I know the demand on my skills in the league,” Durant said Monday on ESPN’s “Get Up.” “I stopped thinking about that stuff years and years ago. I just come in and go to work and try to get better as a player every day and help my team as much as possible. I know how to focus on basketball.” Durant’s latest comments come less than a week after he unloaded on the media for obsessing over his impending free agency. “I have nothing to do with the Knicks…I just want to play basketball,” he said last week. The Knicks unloaded Kristaps Porzingis and several other players and now have nearly $75 million in cap space to pursue Durant and Kyrie Irving this summer in free agency. As for the Knicks, they used and then deleted a photo with Durant — and Knicks rookie Mitchell Robinson — for their 2019-20 season ticket pitch. “Game action photos are used all the time for marketing purposes, but given everything going on, we took the precaution of taking the photo down,” the Knicks said in a statement via ESPN.com. “To be clear, it was one of several rotating photos on the website.”

Knicks are asking season ticket holders for renewals by Feb 28 and using this image to get them to opt in. @IanBegley @SBondyNYDN @Schmeelk @TommyBeer pic.twitter.com/Rz3oPZnZMW

Source: UCLA 'going hard after Tony Bennett and he has not said no yet'