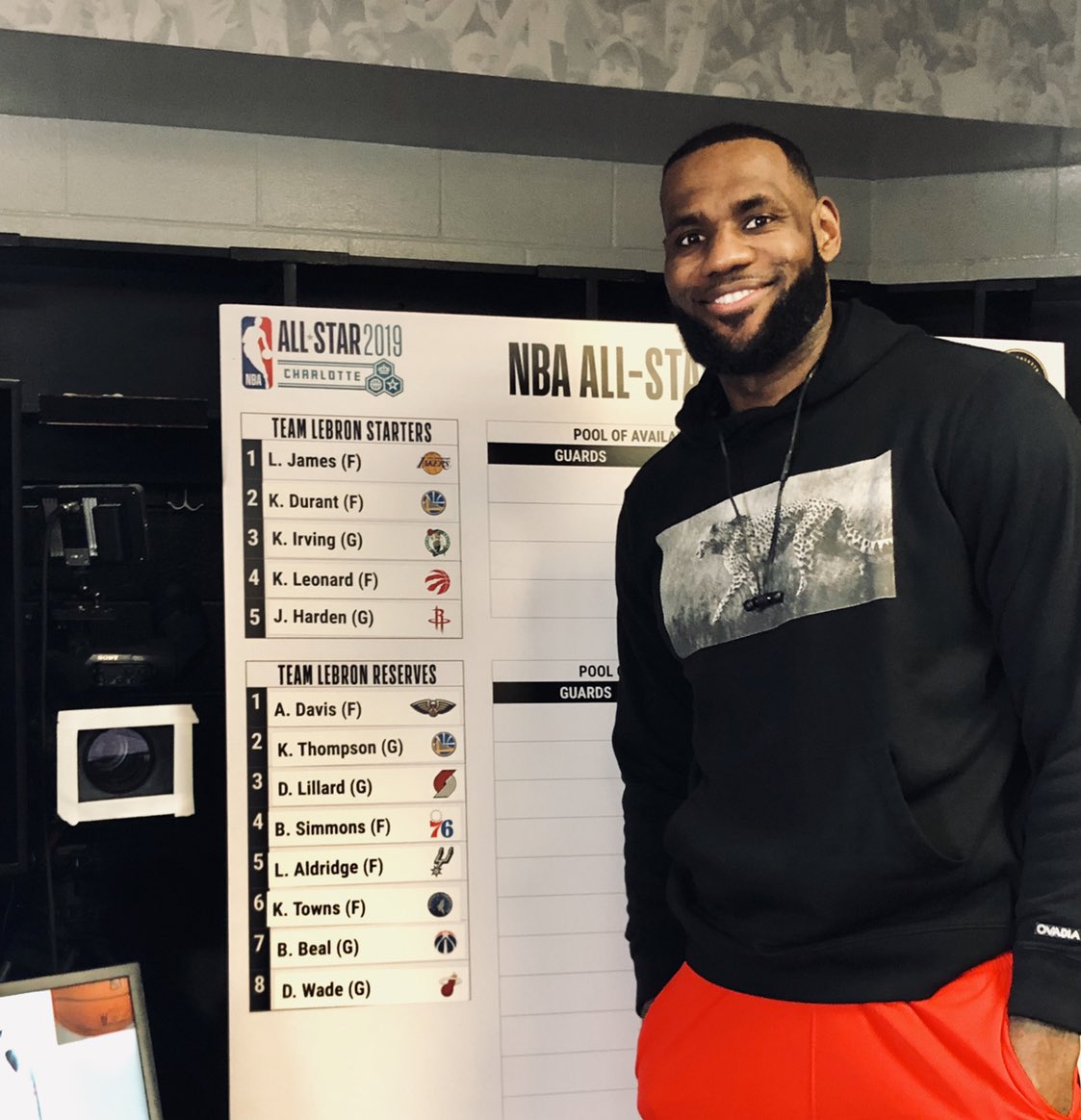 By ADAM ZAGORIA LeBron James picked Kevin Durant with the first pick in the NBA All-Star Game Draft, and Giannis  Antetokounmpo picked Steph Curry. This marks the second straight year James has drafted Durant with the No. 1 overall pick, but he didn’t reveal last year’s pick until Thursday night. After drafting James Harden as his last pick among the starters, James drafted Anthony Davis with the first pick of the reserves, which sparked some good humor. “I’m very sure of that,” James said when asked if he was sure he wanted Davis as his teammate. “Isn’t that tampering?” Giannis asked. “Tampering rules do not apply on All-Star weekend,” James cracked. Bradley Beal was the Mr. Irrelevant of the Draft, going last among picks to Team LeBron. James then picked Dwyane Wade among the special additions, while Giannis picked Dirk Nowitzki. After the draft, James traded Russell Westbrook to Team Giannis for Ben Simmons. Here are the full teams.