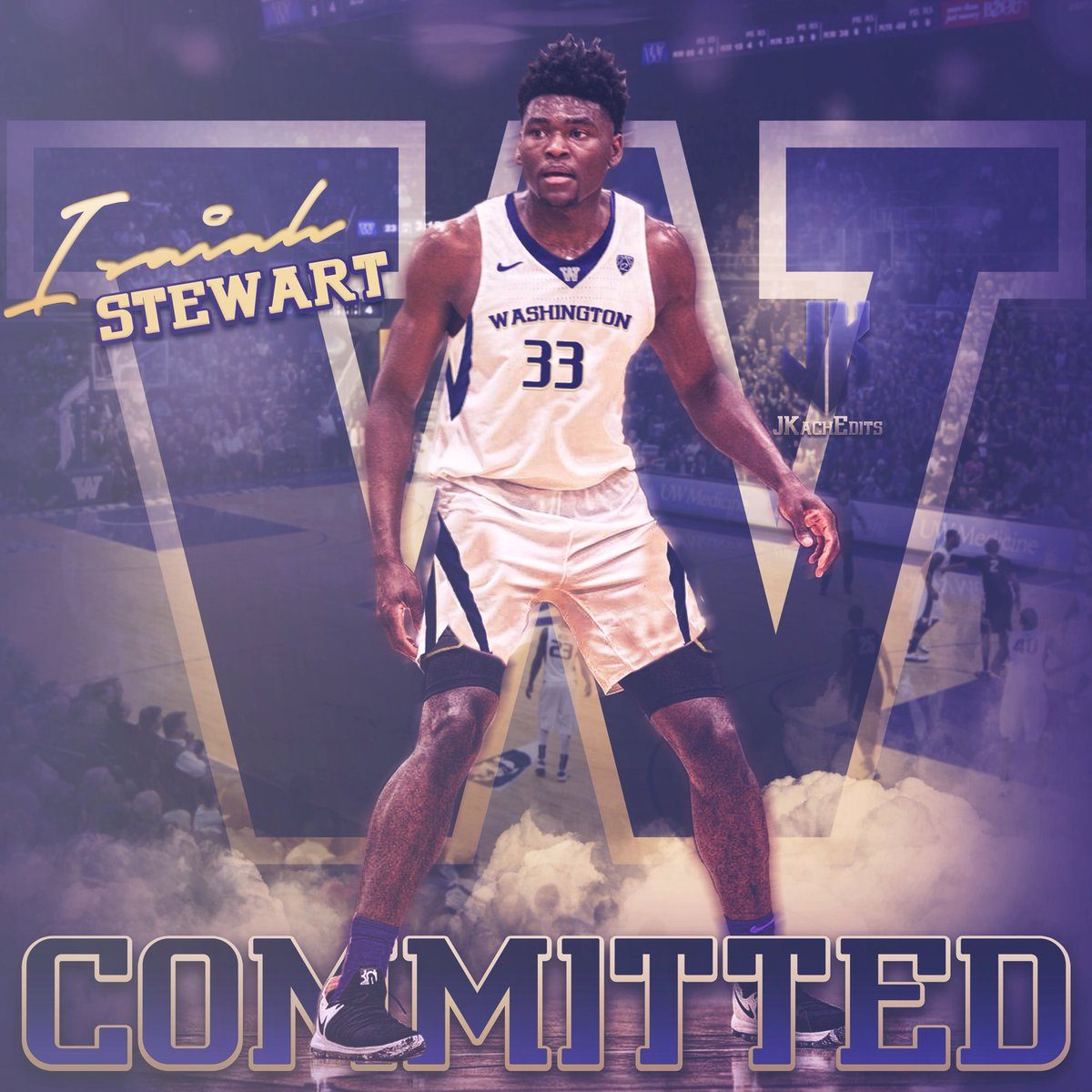 By ADAM ZAGORIA The Isaiah Stewart Sweepstakes has come to a close. The 6-foot-9, 245-pound five-star big man from La Lumiere (IN) and the Albany City Rocks announced for Washington on Sunday night on ESPN. “Next year I will be attending the University of Washington,” the Rochester, N.Y., native said on ESPN. Ranked the 5 prospect in the 2019 ESPN 100, Stewart chose the Huskies over blue bloods Duke, Michigan State, Syracuse and Kentucky. He is the projected No. 6 pick in the 2020 NBA Draft, per ESPN. Washington coach Mike Hopkins established a bond with Stewart during his time at Syracuse. “Me and Coach Hopkins go way back and I’m a big relationship guy and relationships played a major role in my recruitment,” Stewart said. “He’s a coach that I trust to push me harder and help me accomplish my goals, and I’m looking forward to going there, winning games, soaking up things and just working my hardest.” Stewart said he liked that Hopkins left Syracuse to forge his own path at Washington. “Coach Mike Hopkins chose to go out West and start his own legacy, and that’s the type of player I am,” he said. “I’m a different type of player. I take my own path and prove people wrong.” Stewart was highly pursued by a slew of elite programs and will now join Kentucky transfer Quade Green in helping to re-shape the Washington roster. “He brings a different mindset from your typical top-5 kid,” said City Rocks coach Jimmy Hart. “He believes he’s far from a finished product, that he has a lot of work to do in all facets of his game. What he does bring and he brings it better than anyone else in his class is the hardest work ethic in the country. No plays off. He’s also very coachable and a great teammate.” Stewart also said he plans to recruit 6-11 Federal Way (WA) forward Jaden McDaniels, the projected No. 3 pick in the 2020 Draft. “Now that I’m committed I plan on going after Jaden McDaniels,” he said. For McDaniels’ reaction to Stewart’s push, read this.   **Stewart has also been influential in promoting awareness of gun violence, as I wrote last year on FloHoops.com.  The late signing period runs April 17-May 15. Follow Adam Zagoria on Twitter And like ZAGS on Facebook