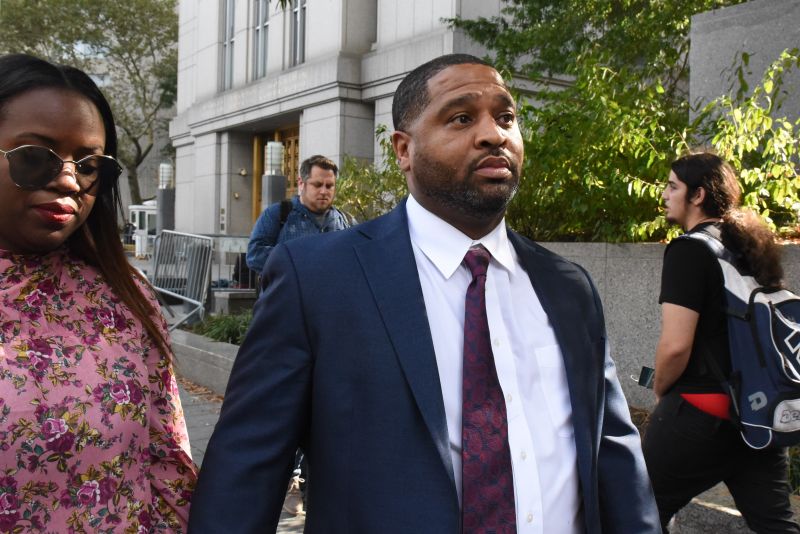 By ADAM ZAGORIA Former Arizona assistant coach Emanuel “Book” Richardson has accepted a plea deal and won’t face trial in April, his attorney C.J. Mordock said Monday. Richardson pled guilty to one count of federal funds bribery and faces a range of 18-24 months in jail, but it could be more or less than that, Mordock said. “Book Richardson has positively affected the lives of young men and encouraged them to reach their potential for 25 years,” Mordock told Yahoo Sports. “While he will be judged for his actions in this case, this is something he did. It is not who he is.” That could be good news for Arizona head coach Sean Miller in that no further information about him or Arizona will be introduced in court. “The impact of taking a plea may be that less evidence is made public, which could be a net positive for Miller and the NCAA,”  a legal source said.
Richardson was arrested in September 2017 as part of the FBI’s investigation into bribery in college basketball recruiting. The indictment against Richardson said he took at least $20,000 in bribes from aspiring sports agent and co-defendant Christian Dawkins. Richardson then promised to influence Wildcats players to sign with Dawkins once they entered the NBA. The indictment said some of the money Richardson accepted from Dawkins and financial adviser Munish Sood was used to pay a high school basketball recruit in exchange for the player’s commitment to attend Arizona.
Richardson was charged with federal funds bribery, honest services fraud, wire fraud conspiracy and Travel Act conspiracy. If convicted on all charges, he would have faced up to 60 years in prison and $1.5 million in fines. Arizona suspended and eventually fired Richardson. Dawkins, Adidas consultant Merl Code and Adidas executive Jim Gatto were found guilty of wire fraud and conspiracy to commit wire fraud in October. Sentencing is set for March 5. Dawkins, Code and former Oklahoma State assistant Lamont Evans are also due to go on trial April 22. The trial of clothier Rashan Michel and former Auburn assistant Chuck Person was pushed to June 17 from February due to a conflict with the judge. NCAA investigations into the schools implicated in the ongoing federal case involving college basketball “have already been launched,” but no resolution is expected before the Final Four, NCAA President Mark Emmert said last month in New York. “We obviously want to make sure that we’re doing everything that we can to promote the ethics of the game,” Emmert said. “This whole incident cast a very bad light on college basketball and we need to deal with it as effectively as we can and we’re not going to have everything wrapped up by the Final Four, that’s for sure, because these trials are still going to be going on.” Photo: Getty Images
Follow Adam Zagoria on Twitter
And Like ZAGS on Facebook