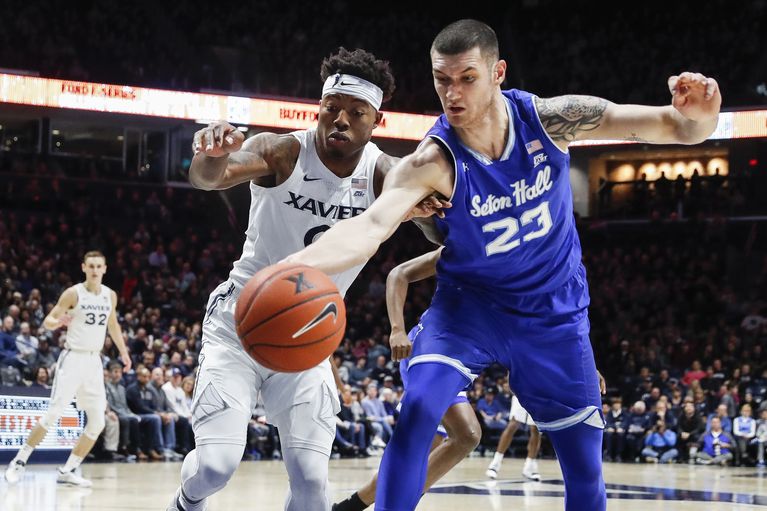 By ADAM ZAGORIA Seton Hall was picked eighth in the 10-team Big East Conference. At the end of Wednesday, the Pirates were 11-3 overall and in first place in the league with a 2-0 record after an 80-70 win at defending Big East Conference champion Xavier. They have won seven straight since losing to Louisville. This despite losing four seniors off of last year’s team. “It’s a real good start to the season,” head coach Kevin Willard said, per the AP. “I think St. John’s is one of the best teams in the league and to come on the road to one of the toughest places to play, that’s two good wins in a row.” Seton Hall trailed 42-38 at the half before outscoring the Musketeers 42-28 in the second half. Myles Powell finished with 25 points, 8 assists and 6 rebounds. “I know I’m the leader of this team,” Powell, who was 9 of 15 from the field and added eight assists, said according to the AP. “My guys are looking for me to lead them. We’ve been here. We’re battle tested.” Seton Hall now has a neutral-court win over Kentucky, a road win at Maryland, a home win over previously unbeaten St. John’s (a controversial one at that) and now a road win over a Xavier team. That should be more than enough to earn a fourth straight NCAA Tournament bid if they can finish at least 9-9 in league play.

HIGHLIGHTS: Incredible effort by our guys tonight to go get the win on the road in BIG EAST play #HALLin pic.twitter.com/D6CBALaESf

Oregon's Bol Bol likely out for the season with foot injury