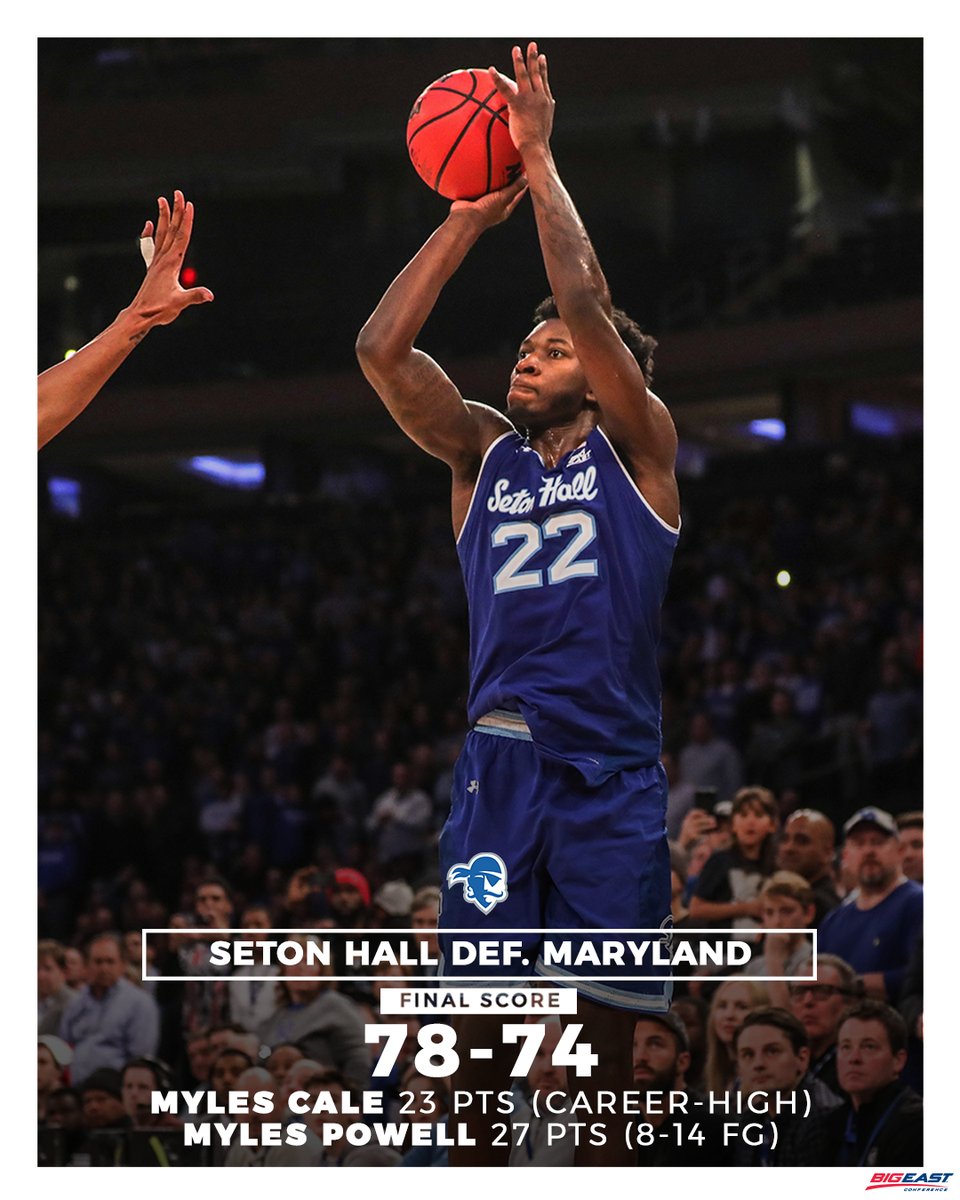 By ADAM ZAGORIA Seton Hall coach Kevin Willard purposely scheduled a series of tough games during December to bolster his team’s non-conference résumé So far, the plan is working brilliantly. After Seton Hall went into College Park and beat Maryland, 78-74, on Saturday, the Pirates (9-3) now own a road win at Maryland and a neutral-court win over Kentucky. Maryland was ranked No. 27 nationally this week. Seton Hall will take a five-game winning streak into its Big East opener next Saturday against unbeaten St. John’s at Prudential Center.

We’re 9-3 at the end of non-conference play & here’s how we got there after a HUGE road kill over the Terps. #HALLin pic.twitter.com/srxFyFRRjT — Seton Hall Basketball (@SetonHallMBB) December 23, 2018

After dropping 28 points on Kentucky and 28 on Rutgers,  junior guard Myles Powell scored 27 at Maryland, while sophomore Myles Cale added a career-best 23. If the Pirates finish at least 9-9 in Big East play, they should be playing in their fourth straight NCAA Tournament. “Yes, that’s always the goal,” Powell told me after the team beat Rutgers. Seton Hall was picked eighth in the Big East, but that appears now to have been a huge underestimation. It’s still only December, but the Pirates appear to be in great shape. Photo: Rutgers Basketball Follow Adam Zagoria on Twitter And Like ZAGS on Facebook

Reynolds' 3 at the buzzer lifts Seton Hall over St. John's