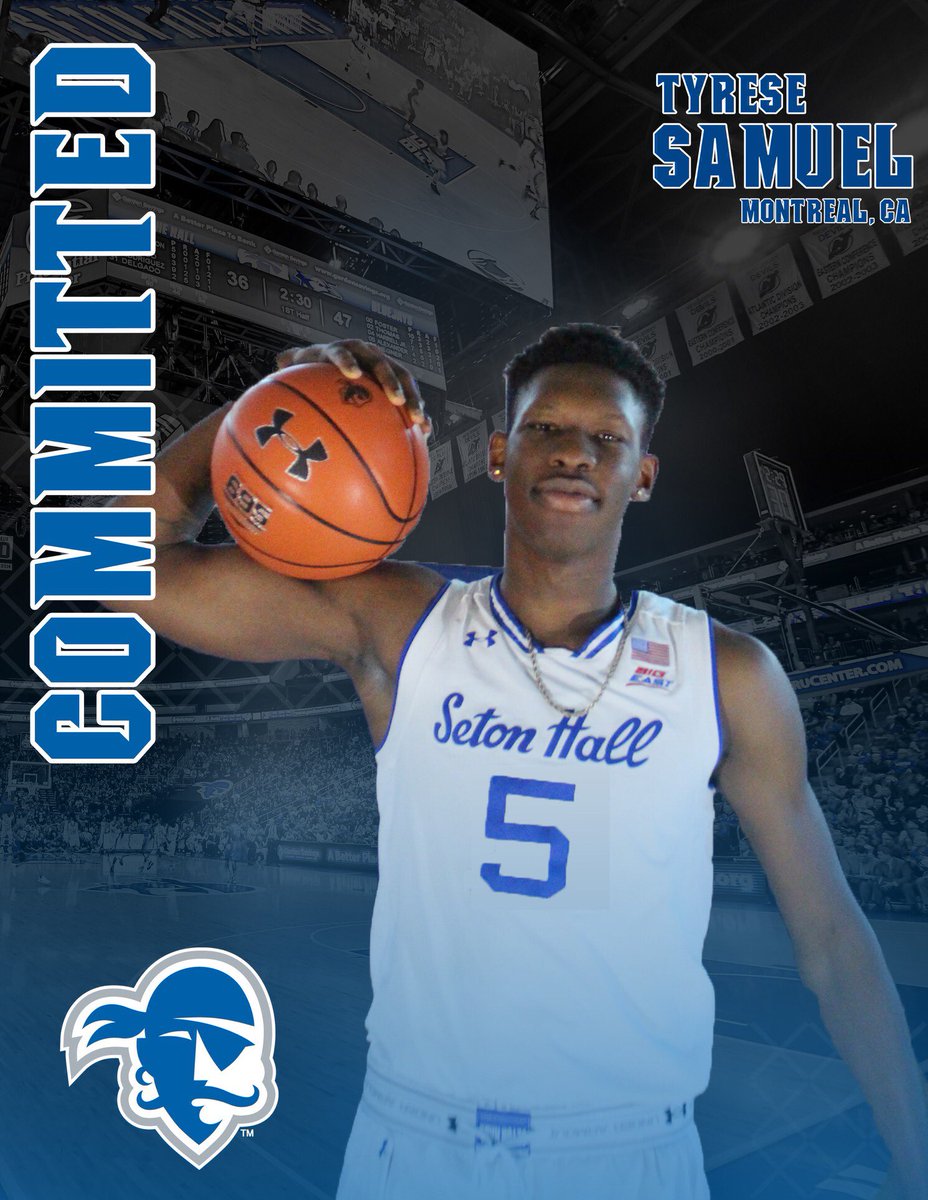 Seton Hall on Saturday officially announced the signings of Tyrese Samuel and Dashawn Davis in the Class of 2019.

“We are very excited to welcome Tyrese and Dashawn to the Seton Hall basketball family,” head coach Kevin Willard said. “They both come from terrific families and both fit the mold of the type of student-athlete we aim to recruit to this program. We expect that Tyrese and Dashawn will work hard in the classroom, in skill development and in practice to prepare themselves for the future and help our program get better.”

Samuel is a 6-8 forward from Montreal, Quebec, Canada, and is currently attending Orangeville Prep in Ontario. He is a top-100 and consensus four-star recruit and previously attended Wasatch Academy in Utah and Riverdale Baptist in Maryland. At Wasatch in 2017-18, he averaged 12.0 points and 5.0 rebounds for a Tigers squad that went 17-2.

Samuel played his AAU ball with UPLAY Canada, competing in Nike EYBL this past spring. He also participated in the 2018 Basketball Without Borders, the annual NBA/FIBA global basketball developmental program that took place at practice facility of the Los Angeles Lakers. For his strong play during the three-day camp, Samuel was named to the Basketball Without Borders Global Camp All-Stars team. Samuel also has international experience, serving on the U-18 Canadian National team that participated in the 2018 FIBA U18 Americas Championship and was runner-up in the eight-team tournament.

“Tyrese is an exceptional talent at the forward position,” Willard said. “He is gifted athletically, has a skillset to play both inside and on the perimeter, and he can guard multiple positions defensively. We expect he will make an impact in this program.”

Davis is a 6-3 guard hailing from Bronx, N.Y., and he is currently playing his high school basketball at Our Saviour Lutheran, also in the Bronx, the same school that produced current Pirates freshman Jared Rhoden. As a junior at Our Saviour Lutheran, Davis showed tremendous scoring prowess, averaging 18.5 points a game for a powerful Falcons squad that won 31 games.

Davis, also known for his defense, has made an impact on the AAU circuit, playing for the New York Wiz Kids and the New York Lightning, the same program that current Pirates Rhoden and Anthony Nelson played for and past Pirates Khadeen Carrington and Angel Delgado also starred for. In 2018, Davis averaged 13.7 points in both Nike EYBL competition and at the Peach Jam, where he shot 53 percent from the field.