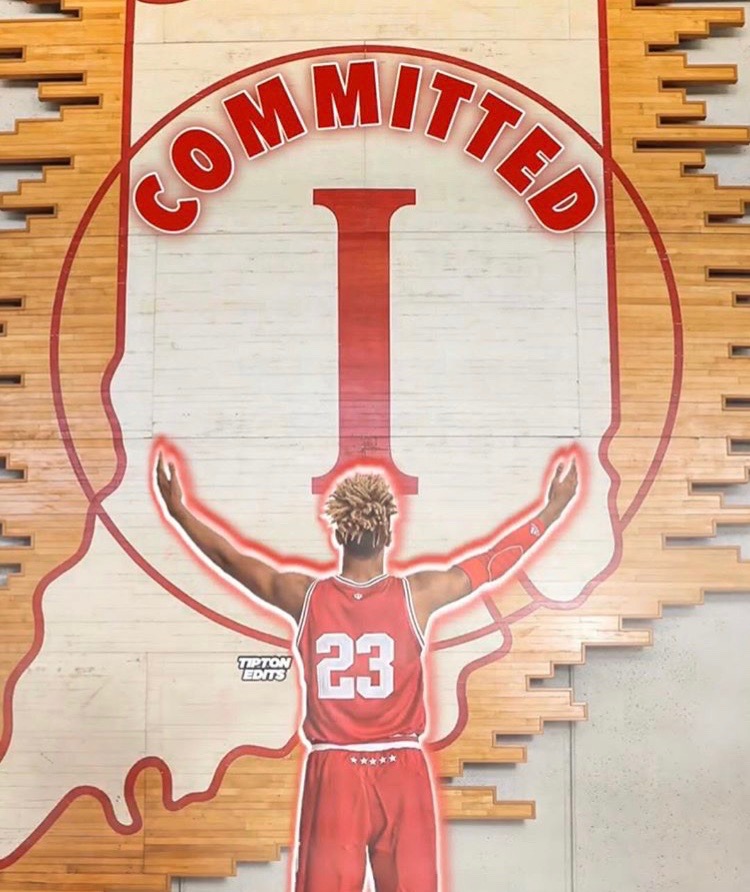 By RYAN McMULLEN Trayce Jackson-Davis, the 6-foot-9 big man from Center Grove High School (IN) and Indy Heat AAU, announced his pledge to Indiana on Friday afternoon. Jackson-Davis chose the Hoosiers over Michigan State and UCLA. Archie Miller and his staff are receiving a tremendous athlete who is a terrific all around player. During the EYBL season, he averaged 17.5 points and 8.0 rebounds. According to 247Sports, TJD is a five-star prospect, ranked No. 15 nationally, and is the No. 4 center. He is the second commit for IU’s 2019 class as he joins forces with four-star Armaan Franklin. The Hoosiers will continue to push for five-stars Keion Brooks, Trendon Watford, and Isaiah Stewart. Miller has now landed two in-state five-stars in back to back years. Last year, he received a pledge from Romeo Langford. Follow Ryan on Twitter Follow Adam Zagoria on Twitter And like ZAGS on Facebook