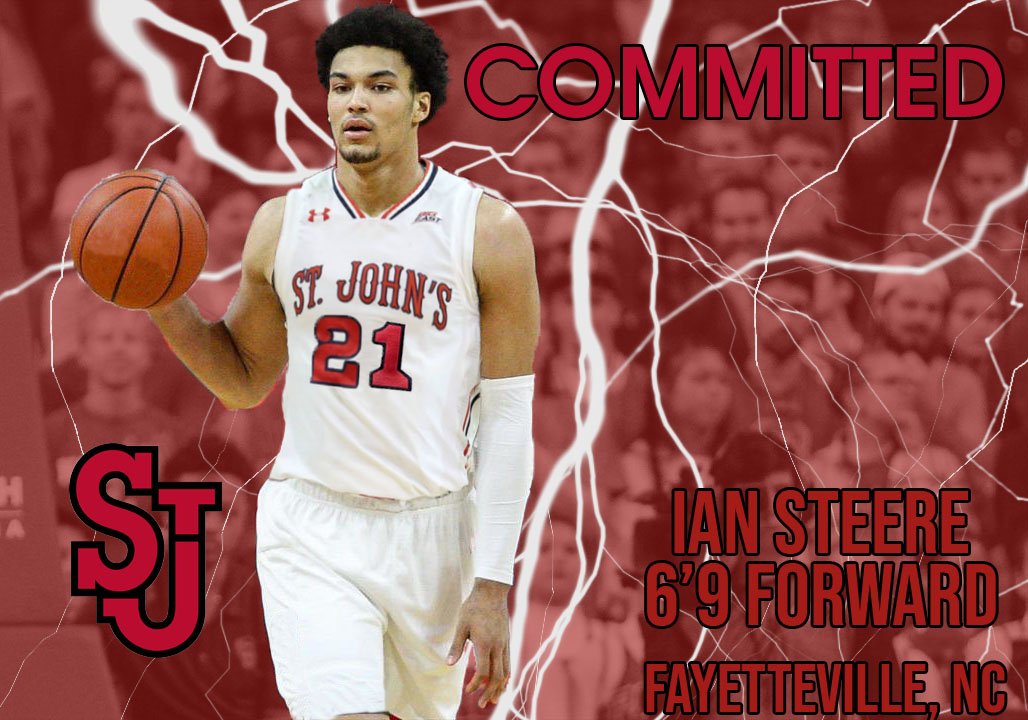 “We are excited about Ian’s decision to join the St. John’s men’s basketball program,” said Head Coach Chris Mullin. “Ian is a skilled big man who can make an immediate impact on our team next season because of his athleticism, physicality and basketball experience.”

The 6-foot-9, 250-pound Fayetteville, N.C., native is eligible after the first semester of the 2019-20 season, but will seek a waiver to play beginning in the season because he played just five minutes in N.C. State’s season-opening 105-55 win over Mount St. Mary’s, scoring four points and grabbing four rebounds.

“I’m pretty confident that I’m going to get a waiver to play immediately in November [2019],” he said Friday by phone. “We’re going to try and get that, but we’ll see what happens.”

“[I liked] the staff and the situation there,” he said. “I feel like it fits me perfectly. That’s nothing against State of course, but it’s the situation I’m looking for. It just fits me perfectly, how they’re going to develop me as a player, how they use their bigs. Obviously, they don’t have a big right now. Their big [Sedee Keita] is out so just the way they were showing me how they would want to use me in their system and the way they would develop me further on the court, it just seemed like the perfect fit for me.”

Steere is looking forward to playing at Madison Square Garden.

“It was amazing whenever I got to see that in person,” he said. “It was crazy just imagining that place being packed out and playing there. It was a crazy experience.”

Prior to enrolling at N.C. State, Steere starred for Wesleyan Christian Academy, where he led the team to a 28-5 record and a runner-up finish in the NCISAA 3A State Championship as a junior.  He was a teammate of current St. John’s sophomore David Caraher at Wesleyan Christian and on the AAU circuit with Team Charlotte.

Steere, who attended Northwood Temple Academy as a senior, was a four-star recruit according to ESPN, Rivals and 247Sports.  Rivals counted Steere as the 138th recruit in the high school class of 2018 while the 247Sports composite rankings had him two spots back at 140.

St. John’s this week also landed Cam Mack, a 6-2 guard from Salt Lake (UT) Community College. St. John’s has done well with transfers and currently features eight on its roster, including Mustapha Heron (Auburn), Justin Simon (Arizona) and Marvin Clark (Michigan State). The commits by Steere and Mack cap a big week for St. John’s, which on Tuesday won the Legends Classic at Barclays Center where Shamorie Ponds was named tournament MVP. Follow Adam Zagoria on Twitter And like ZAGS on Facebook