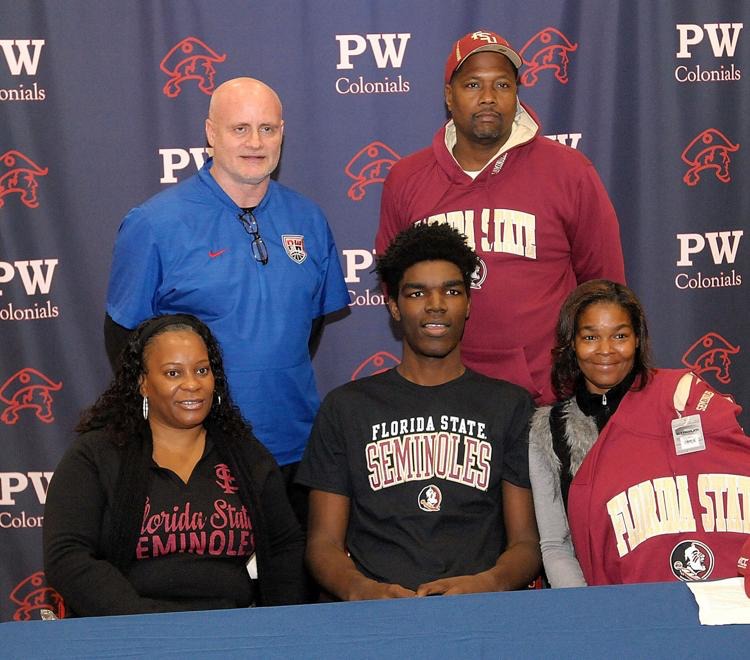 By RYAN McMULLEN Naheem McLeod, the 7-foot-3 big man from Plymouth-Whitemarsh (PA), announced his pledge to Florida State on Monday. McLeod picked the Seminoles over La Salle and Rhode Island. Leonard Hamilton and his staff are getting a big man who is mobile and defends the rim well. He continues to develop his offensive arsenal. During his junior season, he averaged 19.5 points. According to 247Sports, McLeod is a four-star prospect, ranked No. 121 nationally, and is the No. 5 player in Pennsylvania. He is the fifth commit for FSU’s 2019 class as he joins four-stars Patrick Williams and Balsa Koprivica along with Zimife Nwokeji and JUCO stud, Nathanael Jack. Follow Ryan on Twitter Follow Adam Zagoria on Twitter And like ZAGS on Facebook