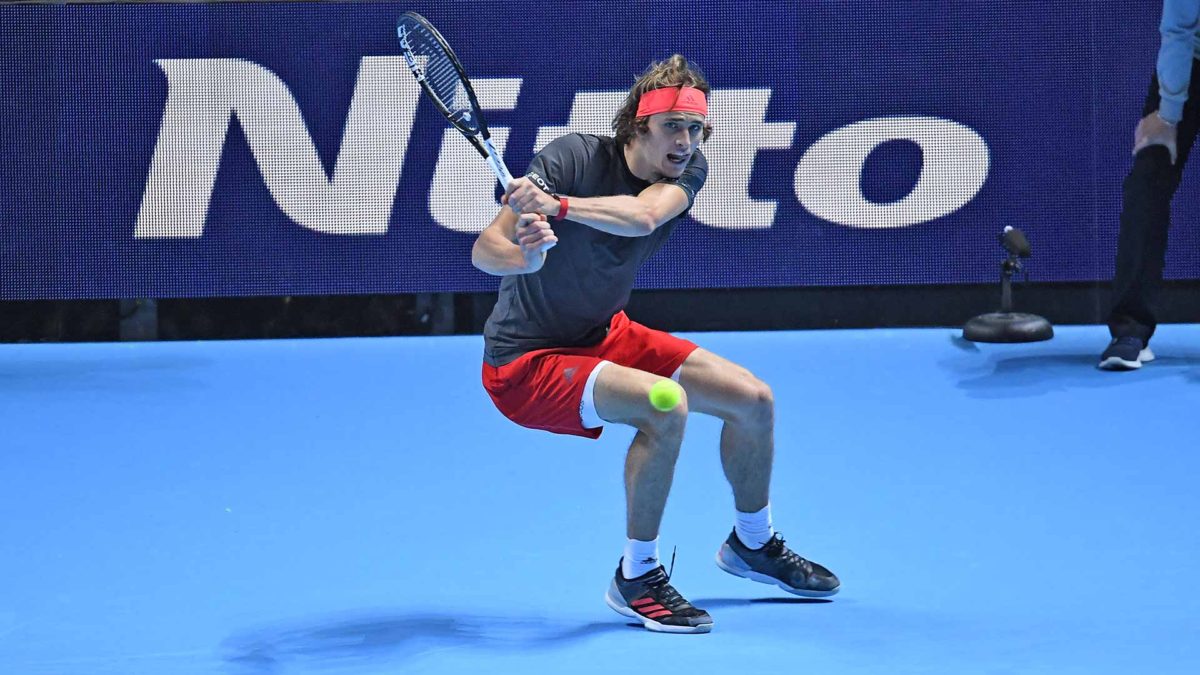 (Via ATP Tour) — Alexander Zverev became the youngest champion at the Nitto ATP Finals in a decade on Sunday, stunning World No. 1 Novak Djokovic 6-4, 6-3 to lift the biggest title of his career. The 21-year-old, the youngest player to triumph at the season finale since Djokovic in 2008, was already the first German to reach the championship match at the season finale since 1996, when Boris Becker did it. And now Zverev is the first player from his country to lift the trophy since Becker did so in 1995, dashing Djokovic’s hopes of a perfect ending to a fairytale season in which he returned from a right elbow injury back to No. 1 in the ATP Rankings. “Well, right now I don’t realize anything, to be honest,” Zverev told ESPN’s Brad Gilbert. “I tried to be  be way more aggressive. “I tried to focus from beginning until the end because I kind of went away in the second set in the first match [in round robin play]. But here I really tried to do my best and I’m really happy with the outcome.”

One year ago, Zverev made his debut at The O2, falling short of reaching the semi-finals. But the 10-time ATP World Tour champion showed his growth, beating six-time champion Roger Federer in straight sets on Saturday and now Djokovic for the victory. Entering the match, all signs were pointing to Djokovic tying Federer’s record of six triumphs at the season finale. The Serbian had won 35 of his previous 37 matches entering the final, and all 36 of his service games this week at The O2. Four days ago, he had beaten Zverev with the loss of just five games in round-robin play. But from the first point of the match, Zverev showed no fear, standing on the baseline and trading blows with Djokovic, who for the first time all tournament appeared to be scrambling, and not the in-control defensive wall that had diffused attacks from the very best players in the world.

Zverev was especially solid with his two-handed backhand, using good depth to keep Djokovic on the back foot. And perhaps surprisingly, it was the German left standing in many of the longer rallies, refusing to overplay and succumb to the top seed’s defensive pressure as other players had at The O2 this week. Zverev, who earns $2,509,000 and 1,300 ATP Ranking points for his efforts, will finish the year at World No. 4 for the second season in a row. “It won’t change anything,” he said. “I’m going to go into the offseason, I’m going to work really hard. I still want to improve a lot. I hope that this is just the beginning for me.” Djokovic entered the match having won 81 per cent of his second-serve points at the year-end championships. But for the first time at the event, he did not dominate neutral rallies, claiming just ___ per cent of his second-serve points against Zverev. While Djokovic fell short of matching Federer’s record, he has still enjoyed a tremendous rise in the second half of 2018. In June, the Serbian fell as low as No. 22 in the ATP Rankings, his lowest point in more than 11 years. But starting with Wimbledon, Djokovic won four tour-level titles to claw his way back to the top spot of the ATP Rankings. Photo: ATP Follow Adam Zagoria on Twitter And Like ZAGS on Facebook

Federer on winning team after facing Serena for 1st time