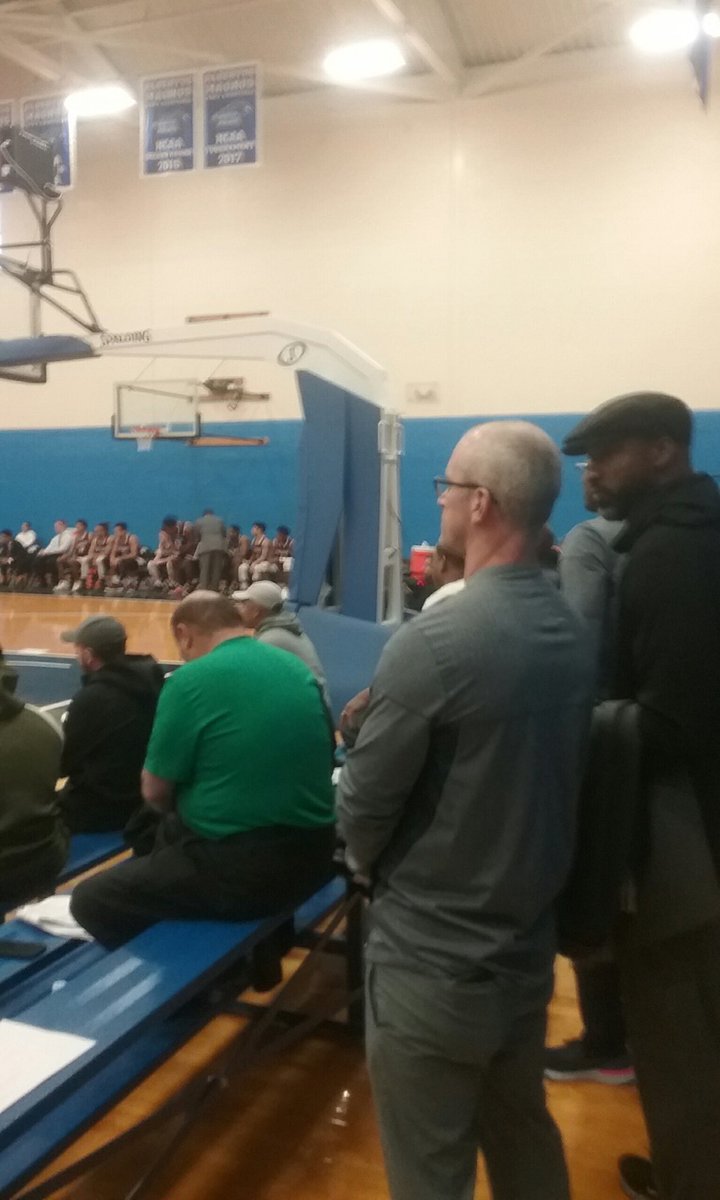 By ADAM ZAGORIA Fresh off reaching the championship game of the 2K Classic at Madison Square Garden on Friday, UConn coach Dan Hurley was back on the recruiting trail on Sunday. Hurley and assistant Kimani Young attended the National Prep Showcase at Albertus Magnus College in New Haven to watch uncommitted 2019 center Tre Mitchell of Woodstock Academy (CT) and UConn signee James Bouknight of MacDuffie School (MA). The 6-foot-9 Mitchell went for 17 points and 8 rebounds in 21 minutes in an 88-71 win over Massanutten Military. He is expected to sign in the spring, but could also opt to commit to college in 2020. Virginia Tech assistant Christian Webster also saw Mitchell on Saturday, while Kansas’ Norm Roberts was also at the event. Notre Dame, Indiana, Illinois and Wake Forest are also involved, while UCLA is expected to watch Mitchell in December.

Bouknight had 17 points on 5-of-10 shooting with 5 rebounds in a 76-66 loss to Scotland Campus (PA). He spoke with Hurley after the game about his projected role next season. “[He told me] to be a leader this year,” Bouknight said. “He told me go all out every game and play with a chip on my shoulder. He reminds me that next year Jalen Adams will be leaving and that would be a big role to fill but that why he recruited me because he knows I can come in and fill it.”

“James is a dynamic wing player,” Hurley said this week when Bouknight and point guard Jalen Gaffney signed with UConn. “He loves to play and is a pleasure to watch on the court. We feel that he is one of the best guard prospects in the country and we’re excited about what he can add to our program. His athleticism and playmaking ability will translate immediately in our system.” UConn remains involved for several frontcourt players in 2019, including Akok Akok, who played at the Showcase Friday and Saturday, Kofi Cockburn, Qudus Wahab and Precious Achiuwa. Akok is weighing his college and NBA options, while the others are expected to sign in the spring. Photo: Zach Smart Follow Adam Zagoria on Twitter And Like ZAGS on Facebook