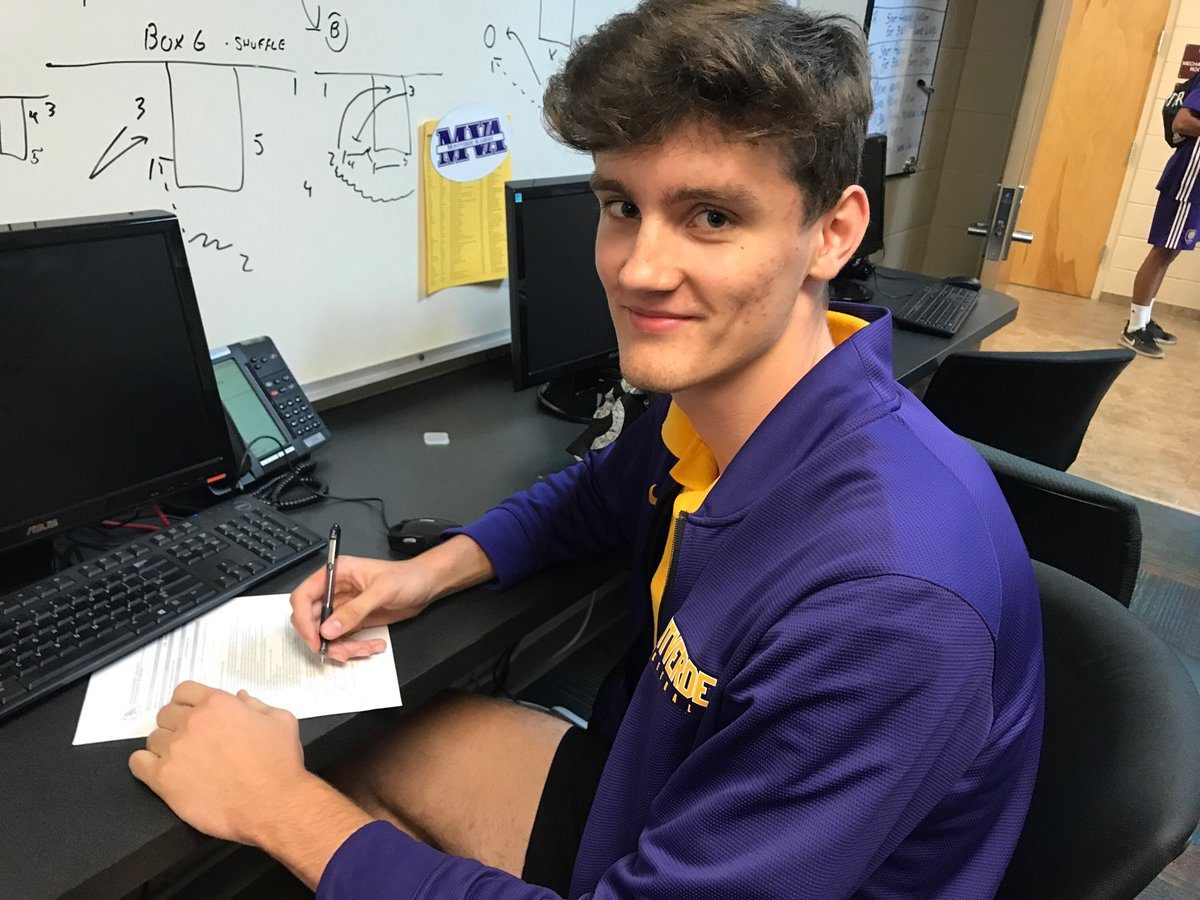 By ADAM ZAGORIA NEW HAVEN, Conn. —Pavel Zakharov, the 6-foot-10 big man from Saint Petersburg, Russia playing for CBD Montverde Academy, signed his NLI with Gonzaga on Monday. Zakharov was one of the major standouts at the National Prep Showcase and went for 18 points and 11 rebounds on Sunday in Monverde’s 74-67 loss to Sunrise Christian (KS) On Saturday, Zakharov had 9 points and 7 rebounds in a 78-68 loss to Putnam Science. Zakharov joins Drew Timme, Anton Watson, Brock Ravet, and Martynas Arlauskas as the fifth commit in Gonzaga’s 2019 class. “Pavel has the size and strength to dominate the paint, but he also has great outside touch and feel for how to play,” Montverde coach Kevin Boyle Jr. said. “Once he adjusts to playing in the U.S., I expect him to really start putting his athleticism and ability to run the floor and play on the perimeter on display. He’s as good as any true big man we have had at Montverde offensively, and at 17 years old he has the potential to be a major impact player at the highest levels of college basketball.” Zakharov helped Russia place 4th in the 2018 FIBA Euros with strong performances against France and Lithuania.

Now at @MVABasketball is 6’11” Pavel Zakharov from Russia. He owns a great frame, excellent offensive instincts & is a hard playing dude. Gonzaga already on him.(surprise) This was one of many terrific sequences. @HoopExchange pic.twitter.com/hYutCsxpUm