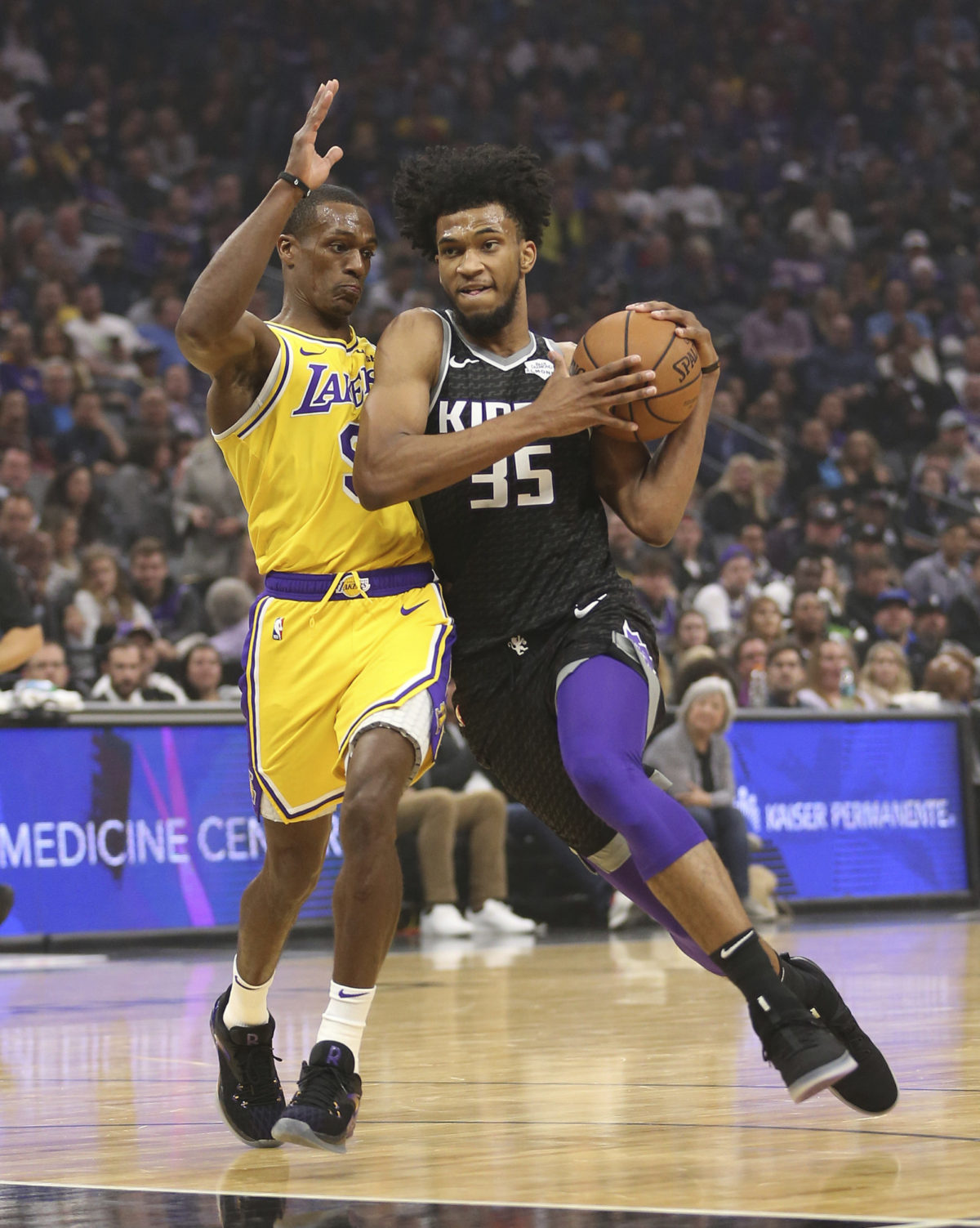 LOS ANGELES (AP) – Los Angeles Lakers coach Luke Walton on Wednesday revealed that Rajon Rondo broke his right hand, apparently while making a steal in the fourth quarter against the Portland Trail Blazers. The veteran point guard will be sidelined for at least a few weeks, and starter Lonzo Ball’s so-far moderate workload is likely to increase. “It’s tough,” Lakers star LeBron James said. “He’s one of our captains, one of our leaders. I know he’ll get right to it with his rehab, but it’s next man up.”