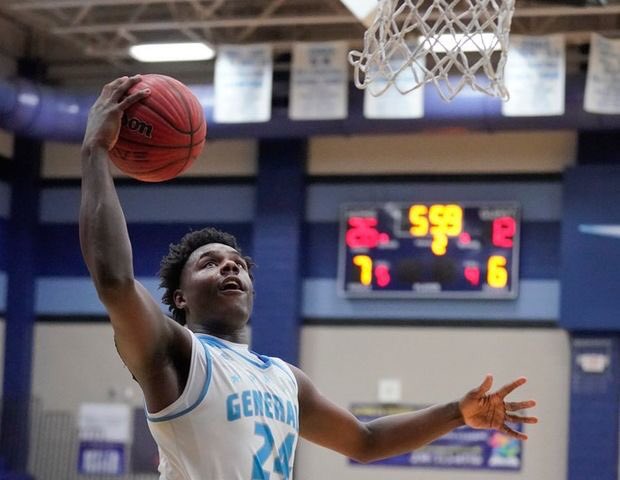 By JACOB POLACHECK Kobe Brown, the 6-foot-7 small forward from Lee (GA) High School, announced his commitment to Texas A&M on Wednesday, via Twitter. He took an official visit to Texas A&M last month (Oct. 6). “I will be committing to Texas A&M University,” said Brown in a video released via Twitter. Brown chose Texas A&M over schools such as Minnesota, Missouri, Louisville, Memphis, Alabama, UMass, Clemson, Vanderbilt, and Georgia, among others. In addition to his Texas A&M visit, Brown took official visits to Minnesota (Oct. 12) and Missouri (Oct. 21). According to 247Sports, Brown is ranked as the No. 166 overall player in the Class of 2019 and the No. 3 player from the state of Alabama. He joins Sahvir Wheeler, Chris Harris Jr., and Tyreek Smith as the fourth commit in the Aggies’ 2019 class. Follow Jacob on Twitter Follow Adam Zagoria on Twitter And Like ZAGS on Facebook