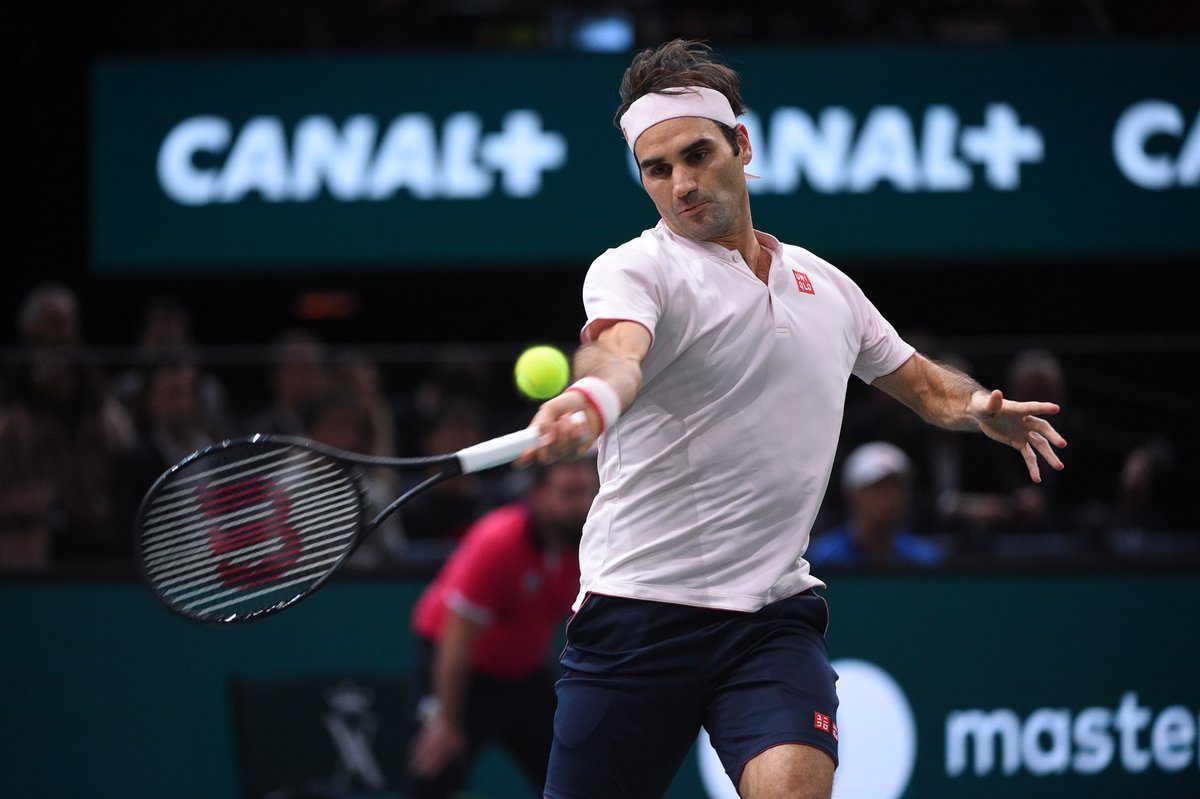 PARIS — Roger Federer and Novak Djokovic advanced to a semifinal showdown at the Paris Masters on Saturday. Federer took out Kei Nishikori, 6-4, 6-4, Friday evening after No. 2 Djokovic earlier beat Marin Cilic 4-6, 6-2, 6-3. Federer broke Nishikori once in each set. Federer, 37, came into Paris after winning his 99th career title at the Swiss Open in his home town of Basil on Sunday. To get a shot at his 100th career title, he will have to beat Djokovic, who holds a 24-22 career advantage on the Swiss. Djokovic has won the last three meetings against Federer, including in the Cincinnati final this summer. Between them, Federer (20) and Djokovic (14) have won 34 Grand Slam singles titles. Djokovic, who is guaranteed to take the No. 1 ranking on Monday, struggled on his serve for much of the first set. Cilic had chances to break him in the fifth and seventh games and finally did so in the ninth when Djokovic hit a backhand long. An ace gave Cilic set point and he took it when Djokovic sent a backhand wide. Djokovic broke for 3-1 in the second set and did not look back. In the third set, a Cilic cross-court forehand winner saw him break the Wimbledon and U.S. Open champion for 2-1. Djokovic broke his racket in frustration and then broke Cilic straight back, after which the momentum shifted back in his favor as Cilic lost to him for the 16th time in 18 meetings. Earlier, Dominic Thiem beat defending champion Jack Sock 4-6, 6-4, 6-4. The Austrian served out the match and clinched victory on his first match point when Sock hit a big forehand long. “I’m in the semifinals of a Masters 1000 only for the fourth time,” Thiem said. “It means a lot for me because I didn’t do too well in the previous years in this part of the season. So it’s something really special to reach the semifinals.” Thiem broke the American in the fifth game of the third set, and then showed good composure to save two break points of his own at 15-40 in the eighth game. “We always have to be aware of getting broken here. Somehow a lot of breaks are happening,” Thiem said. “It’s a little bit comfortable to return here.” The sixth-seeded Thiem, meanwhile, next faces unseeded Karen Khachanov of Russia in their first career meeting. (The AP contributed) Follow Adam Zagoria on Twitter And like ZAGS on Facebook

Djokovic's epic victory over Federer among the hardest wins