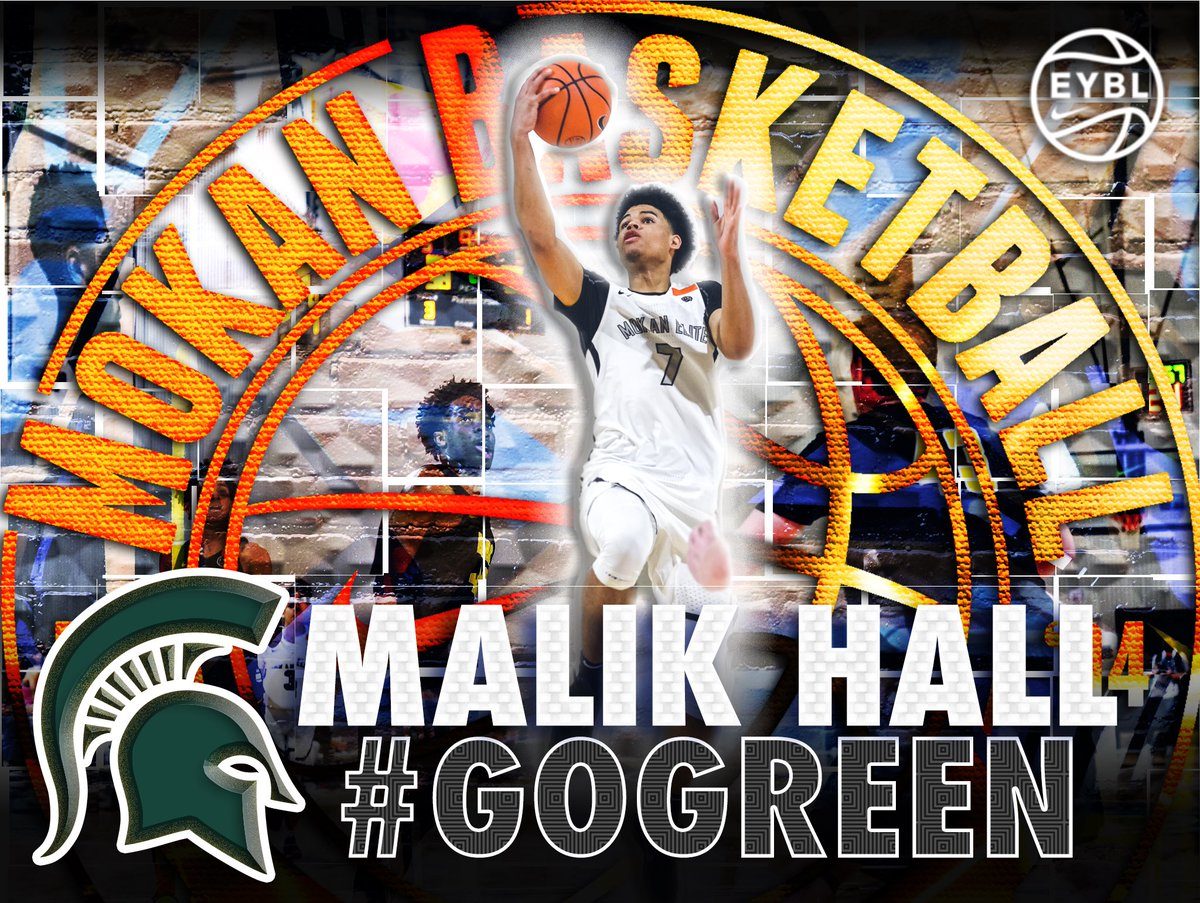 By ADAM ZAGORIA Malik Hall, the 6-foot-7 small forward from Sunrise Christian (KS) and MoKan AAU program, committed to Michigan State on Thursday in a video posted to Twitter. Hall chose the Spartans over Oregon and Purdue. He previously cut Oklahoma and Texas from the running. “Next year I will be attending Michigan State University,” he said.

This year on the Nike EYBL Circuit, Hall averaged 14.5 points, 5.0 rebound, and 2.3 assists in 23 games played. According to 247Sports, Hall is ranked No. 52 nationally and is the No. 1 player in Kansas. “Malik brings versatility at a high level,” Sunrise Christian coach Luke Barnwell said. “He has the ability to play multiple positions offensively and defensively and affect winning in many ways. Malik has the ability to shoot, create for others, and play with his back to the basket.”

Top 50 recruit in the 2019 class Malik Hall has committed to Michigan State! @iammalikhall