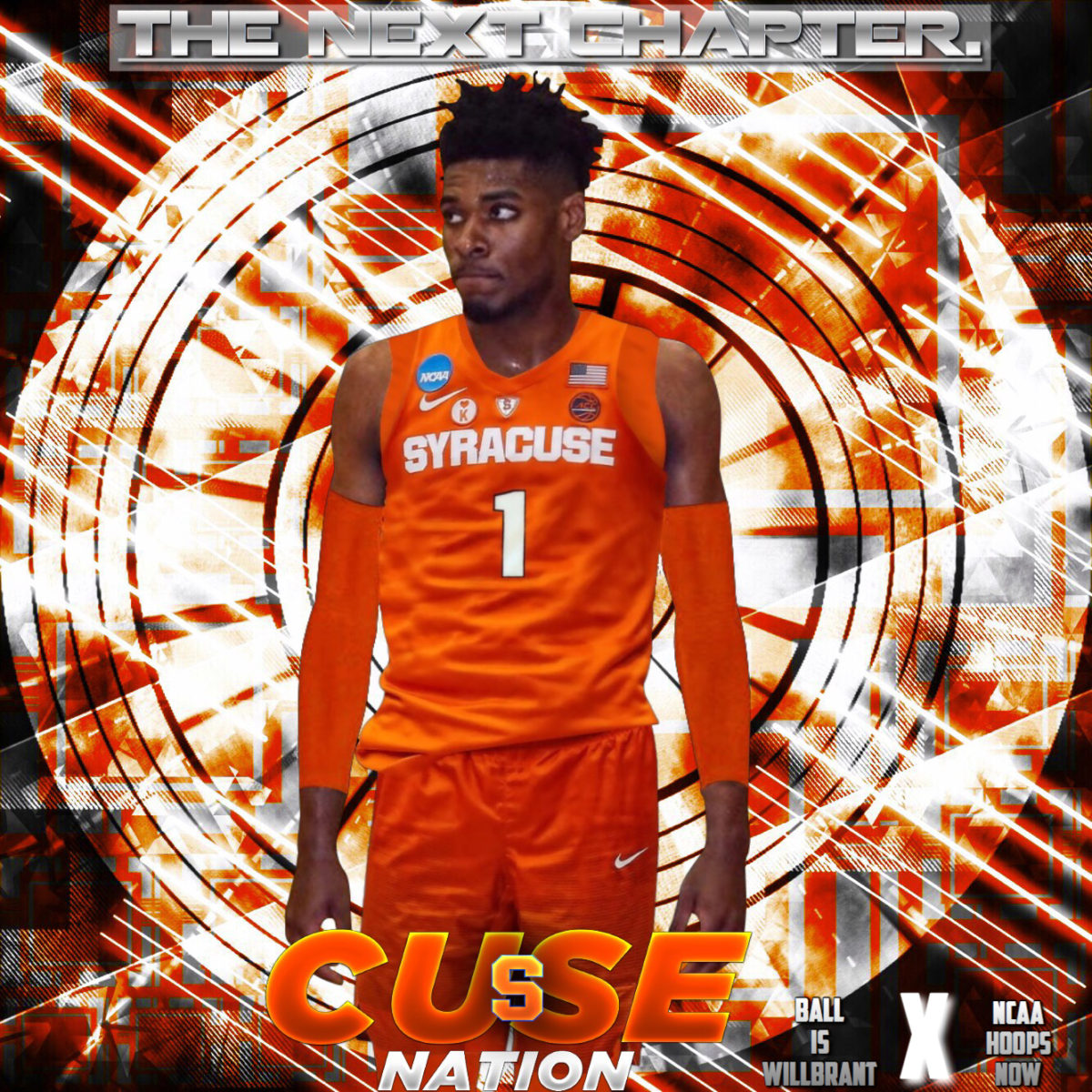 By ADAM ZAGORIA Quincy Guerrier, the 6-foot-7, 215-pound wing from Thetford Academy in Quebec City, Quebec and the Brookwood Elite AAU program, has committed to Syracuse and will enroll in January and then redshirt until the 2019-20 season, he told ZAGSBLOG. Guerrier chose the Orange over Oregon and Illinois. “I chose Syracuse because I had the best relationship with coaches,” he said. “Jim Boeheim came to all my AAU games during the summer. It’s not far from home, it’s like 4 1/2 hours driving from my house. So my family and friends can come to my games. “And it’s the best fit. He showed me how he wanted me to play in their system. I put the ball in the basket and that’s what he wants me to do so that’s why I choose Syracuse.” Guerrier visited Syracuse in September and felt a strong bond with several players, including Canadian native Oshae Brissett. “Especially Oshae because he is from Canada, too,” Guerrier said. Syracuse will likely lose senior guard Frank Howard, junior wing Tyus Battle and Brissett next year, opening up a need for Guerrier. Battle is projected as the No. 29 pick in the NBA Draft by ESPN.com, and Brissett is projected at No. 35. “Yeah, Frank, Tyus and Oshae might leave,” Guerrier said. “That’s why coach Boeheim is recruiting me like that because he wants me to replace them because. He wants me to step up.” Guerrier’s goal is to make the NBA, too. “They think I’m a one-and-done if I’m working hard,” he said. “They said that one or two years, two years max.” Guerrier was named the MVP of the prestigious BioSteel Game in April after putting up 19 pts on 8-of-10 shooting with 4 rebounds, 1 assist, 1 block, and 1 steal in 20 minutes. He sees himself as a 2/3 who can score from the wing. He models his game after Celtics star Jayson Tatum. “I’m a bucket-getter, that’s what I’m doing,” he said. “Right now I’m working on my ball-handling and I think that’s pretty much it. [I feature] my three-point shot and my ability of scoring.” He plans to graduate high school Dec. 21 and enroll at Syracuse in January assuming the NCAA accepts his paperwork. “In January, I’m going to go to college,” he said. “So I’m going to redshirt. I will be able to practice with th team, travel with the team and see the environment. I’m going to get used to it so I’m just going to kill next year [2019-20]. That’s the plan.” Thetford Academy assistant coach Ibrahim Appiah said Syracuse is getting a pure scorer. “I think he’s a natural scorer,” Appiah said. That’s what he looks to be at the next level, but a more polished one. He has to polish up his shooting, his ball-handling, his IQ. Pretty much polishing up everything that he does already to fit in that level. “I think with hard work and with his God-given ability, I definitely believe that he’s a professional player in a year or two.” Syracuse has point guard Joe Girard, shooting guard Brycen Goodine and big man John Bol Ajok committed for the Class of 2019. Follow Adam Zagoria on Twitter And Like ZAGS on Facebook