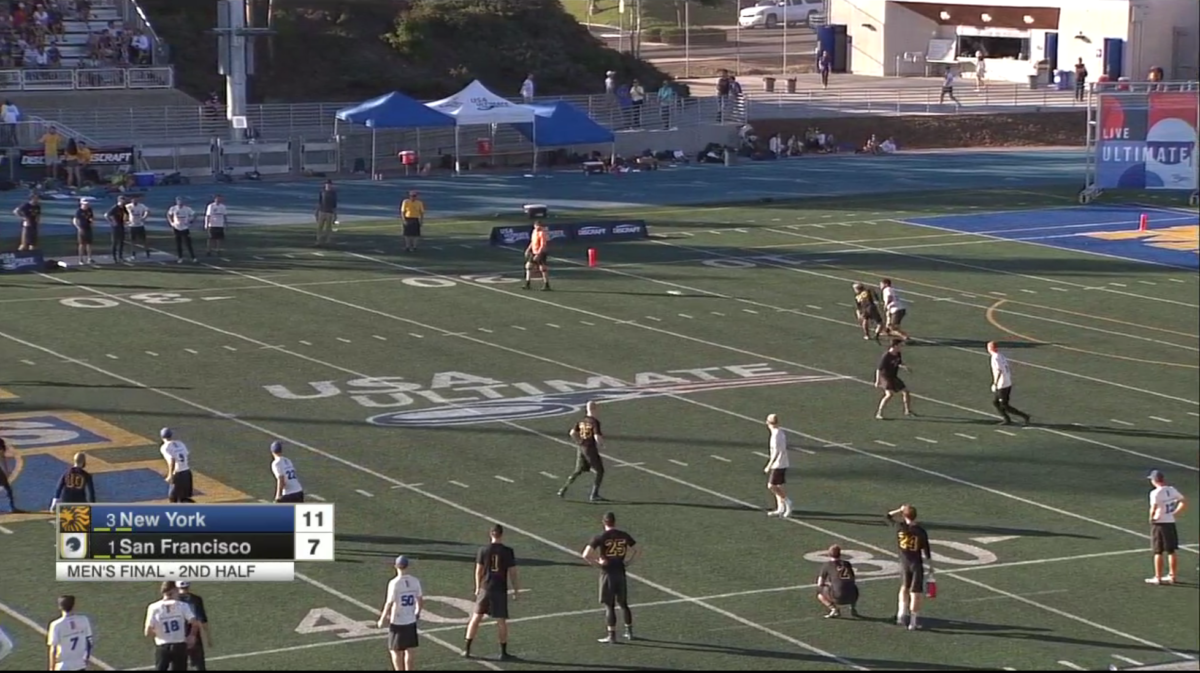 By ADAM ZAGORIA New York may not have championship teams in baseball, football or basketball, but the Big Apple now has the best Ultimate Frisbee team in the world. Pride of New York (PoNY) defeated San Francisco Revolver, 15-7, to win the USA Ultimate Open Division national championship in San Diego on Sunday. PoNY led 8-4 at halftime. “This season as the pressure has gone up, our team has played better,” PoNY coach and Wesleyan University alum Ben Van Heuvelen said on ESPN3 at halftime. New York hadn’t won a national championship since 1993 when the great New York, New York dynasty captured the last of its five straight titles (1989-93). New York, New York, which featured legends of the game like Hall of Famers Kenny Dobyns and Pat King, won six titles between 1987-93. New York has now won seven Open titles, trailing only Boston and San Francisco with eight apiece. Revolver had won five titles since 2010 and was the defending champion.

Beau Kittredge, the 36-year-old Ultimate legend, caught the game-winner to lead PoNY to its first title after winning with Revolver in 2017. He finished with one goal and two assists in the title game. “I think PoNY has had the right mentality for a long time, but I know that when we put the right pieces with them, they went so hard,” Kittredge said on ESPN3. “All of those guys just all of a sudden believed in themselves and they were able to do amazing things.” “It adds further mystique to his career,” Evan Lepler said of Kittredge on ESPN3. Sean Keegan had two goals and two assists in the game for PoNY, and Alex Ladomatos had a goal and an assist. Ashlin Joye had one goal and two assists for Revolver. PoNY broke to go up 2-0, 5-2 and 7-3 in the first half. Ultimate celebrated its 50th anniversary this year at Nationals by honoring great teams from the past. Joel Silver, the Hollywood movie mogul who made The Matrix, Die Hard and Lethal Weapon movies, threw out the ceremonial pull for one game. Silver helped invent the sport while at Columbia High School in Maplewood, N.J. in 1968. In the Women’s final, San Francisco Fury beat Boston Brute Squad. Philly AMP beat Seattle Mixtape in the Mixed final.   **Across an Ultimate career that has lasted more than 30 years, Adam Zagoria has competed in College, Open, Mixed, Masters, Grandmasters and Great Grandmasters Nationals. In 2013, he captained the Westchester Ultimate Summer League championship Gold team. His team also won the WSL title in 2011. Zagoria is the co-author, along with Tony Leonardo, of “ULTIMATE – The First Four Decades.”